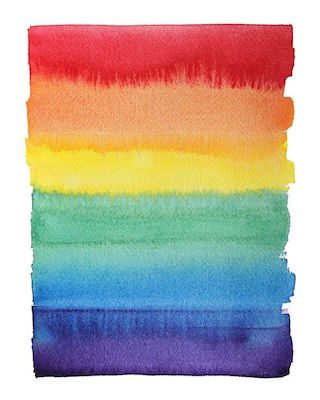 On July 4, 1776, the thirteen colonies claimed their independence from England by signing and adopting the Declaration of Independence. An event which announced the formation of the United States of America as an independent nation. One of the first sentences of the Declaration stated that:

All men are created equal, that they are endowed by their Creator with certain unalienable Rights, that among these are Life, Liberty and the pursuit of Happiness.

Powerful words that ascertained liberty and equality for all mankind. However, for a very long time, not all American citizens could enjoy these rights, nor could they pursue the same kind of happiness that other Americans could. These people were part of the lesbian, gay, bisexual, and transgender community (LGBT) and for the past 227 years, they’d been excluded from certain rights laid out in the Declaration of Independence.

In a long-sought victory for the LBGT civil rights movement, on Friday 26th 2015, the Supreme Court ruled same-sex marriage to be a Constitutional right in all 50 states, a milestone that will make the history books.

Each year on July 4th, we celebrate our independence, but this fourth of July, we can finally and truly honor and remember the Declaration of Independence, because all Americans now enjoy the same rights of liberty, freedom and independence.

In honor of this 4th of July and the Supreme Court’s decision on same sex marriage, we’ve compiled a list of our most favorite quotes about liberty and independence. Take a moment to reflect on the freedoms we’re fortunate to experience in this country every single day.

This morning, the Supreme Court recognized that the Constitution guarantees marriage equality. In doing so, they have reaffirmed that all Americans are entitled to the equal protection of the law; that all people should be treated equally, regardless of who they are or who they love. – President Barack Obama

Freedom is never given, it is won. – A. Philip Randolph

Freedom is the oxygen of the soul. –  Moshe Dayan

Life without liberty is like a body without spirit. –  Kahlil Gibran

You can’t separate peace from freedom because no one can be at peace unless he has his freedom. –  Malcolm X

Only our individual faith in freedom can keep us free. –  Dwight D. Eisenhower

Everything that is really great and inspiring is created by the individual who can labor in freedom. – Albert Einstein

Liberty, taking the word in its concrete sense, consists in the ability to choose. – Simone Weil

If we are free from attachment, we can easily recognize ourselves in other people, in different forms of manifestation, and then we don’t have to suffer. – Thich Nhat Hanh

Enter your email address below and get inspiration delivered straight to your inbox.