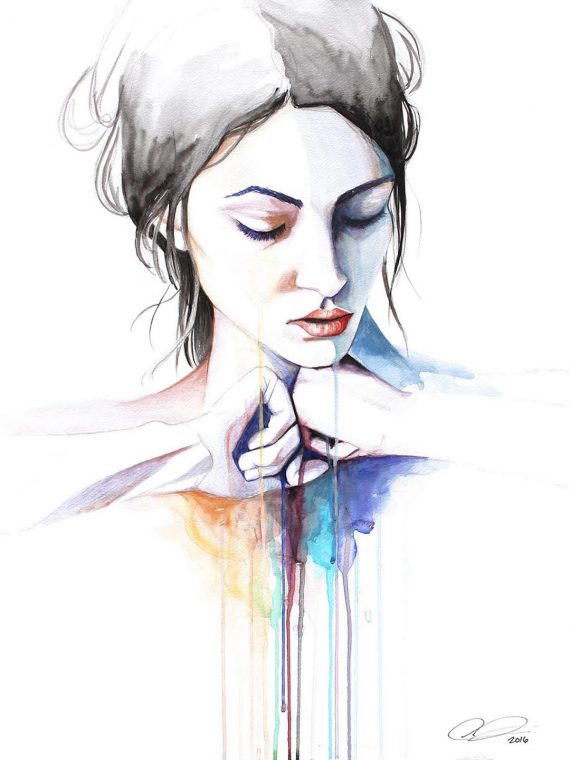 I’ve heard it stated that all it takes is thirty seconds of courage to face a fear. If you can muster up just thirty seconds of courage, you can begin to face any task that may seem too impossible or scary to complete. How do you even begin to gather up the courage to face a fear? Two words: opposite action. What is opposite action? I learned in treatment that opposite action is a tool that one can use to recognize the eating disorder mind, challenge disordered thoughts and beliefs, and begin to reshape your life.

When I was deep in my disorder, I could not begin to decipher the eating disorder thoughts from my wise mind thoughts. It was a constant struggle between me and the people closest to me. They’d tell me I was sick and my thinking was skewed. Yet I believed with all my being that I was not disordered. And I would get defensive and harsh defending my ED.

Little did I know or recognize at the time, they were completely right. My ED brain was taking over my wise mind. I was biting hook, line, and sinker- and boy was I sinking. How do you begin to recognize the difference? For me, it was my level of joy and anxiety connected to the disordered behaviors I was participating in. I began to label things I did that my ED mind believed were healthy or normal. I would categorize them as get to or have to. Get to is the wise mind. Have to is the ED mind. I get to go on a run today verses I have to go on a run today. I get to eat a salad verses I have to eat a salad. Once I began to recognize how many things I put in the have to category, I began to see what my loved ones were talking about.

I needed to regain control of my wise mind and kick my ED mind to the curb. So I began to use opposite action in my everyday life and decisions to help me learn to live, not just survive. My therapist gave me homework assignments to challenge my ED mind and kick me out of my comfort zone. I used to run daily; one assignment she gave my husband was to stop me from going on a run one day that week. I anticipated him stopping me the whole week. It consumed my every thought at every waking moment. The anxiety that built connected to that one action of me not running one day was debilitating. And that one challenge made me realize that my have to connected to running was not healthy. I could no longer claim to be wise minded in my exercise, and food was no different. I began to use opposite actions in my exercise and food. It helped me learn to recognize my ED mind and begin to listen more to my wise mind.

Step 3 to build courage: Opposite action

When I got home from treatment my recovery was on my shoulders. I started to see my comfort zone in food choices and daily routines becoming a problem for my progression forward. So I began to use opposite action in all aspects of my life. For example, if I needed a snack and looked in the cabinet and my core shook with fear as I saw a certain snack, that became my snack no matter what. If I reached for the wheat bread because my ED mind said wheat was safer than the white bread next to it, I then put the wheat bread down and made my sandwich on white bread. If I thought I would have an apple for night snack instead of the ice cream I actually wanted, the ice cream then became my only option.

I even used it in my obsessive tendencies; if I felt like I have to wash the dishes right at that moment, I forced myself to sit for 5 minutes, go for a walk, or play with my kids instead of giving into the strict rule or irrational fear of an imperfect sink. Opposite action helped me challenge my ED mind that I had listened to and appeased for 16 years in my eating disorder… and to tell you the truth, although it was hard at first, I had never felt so empowered and free in my life. 30 seconds of courage to take the white instead of the wheat, to grab the ice cream bowl instead of the apple, to let the dishes sit in their dirty, messy, glory… opposite action helped me take back control of my life and find joy by living in my wise mind. Join me!