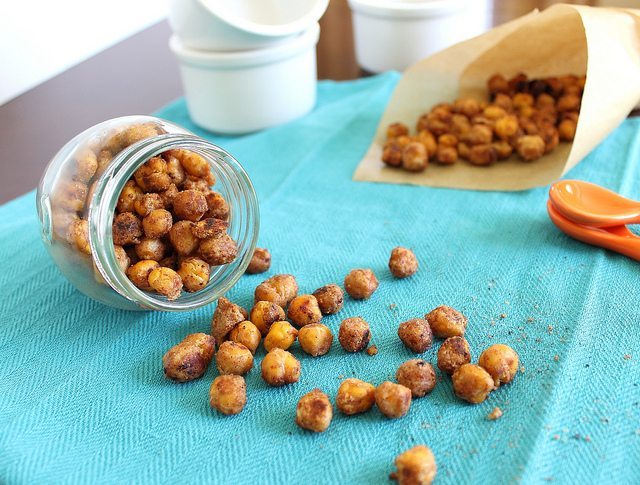 Image: Running to the Kitchen

As a vegan, I constantly get asked the question, “How do you get any protein?” My usual spiel includes telling them protein is found in many plant-based foods including tempeh, soy products, nutritional yeast, and chickpeas. While that may seem like a boring list at first look, it’s much more exciting than it seems.

Out of all of the scrumptious, protein rich vegan foods I enjoy, chickpeas have always been one of my favorites.

In addition to being a good source of protein chickpeas have been shown to promote healthy bones, prevent cancer, and decrease inflammation.  Moreover, chickpeas are extremely adaptable. They can be blended into baked goods, roasted, made into flour, and you can even use the liquid they’re cooked in as an egg substitute. Chickpeas are also relatively inexpensive, making them easily fit into even the tightest of budgets.

Chickpeas aren’t just for vegans though!  To prove to you just how great chickpeas can be, here are five surprisingly simple chickpea recipe that everyone will love (carnivores included!) 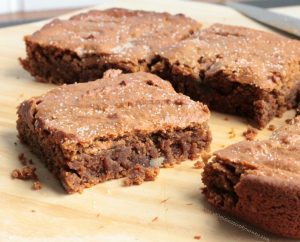 Wholesome ingredients including cinnamon, maple syrup, and oats come together beautifully in this blondie recipe. I even tested them out on the pickiest group of 12 year old boys in the world to verify their deliciousness. They all loved them and not a single kid suspected beans were hiding in it. If that isn’t testimony enough for the wow-factor of this recipe, I don’t know what is. 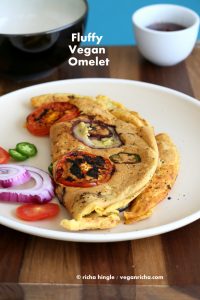 I literally made this egg-free omelette recipe every day for a month when I first discovered it.

It’s super simple, delicious any time of day, and keeps you satisfied for hours. The recipe calls for vegan yogurt, but if you don’t have any on hand non-dairy milk or even water makes a great substitute.

Expert tip: If you have a high speed blender you can make your own chickpea flour by simply blending dry (not canned) chickpeas until fine. Violå! Chickpea flour without a trip to the grocery store. 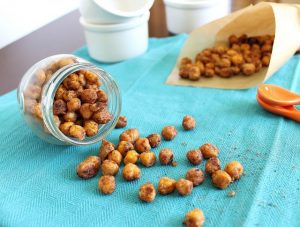 Running to the Kitchen

This recipe really takes chickpeas to the next level. Roasting chickpeas gives them a wonderfully satisfying crunch that will make them your new go-to snack. While the original recipe calls for tahini, it also works well with other nut butters. Plus, this recipe can be easily adapted to a savory version by simply swapping the cinnamon and sugar for salt and pepper. Whether you choose savory or sweet though, you can’t go wrong. Make a big batch of these, because they’ll go fast! 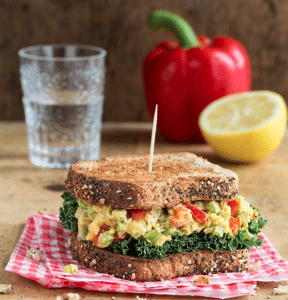 When mashed and combined with the right ingredients and seasoning, chickpeas make a tasty, less-stinky substitute for tuna. This chickpea sunflower sandwich recipe takes only minutes to make and is great for taking on-the-go. Don’t limit yourself to sandwiches though, it’s also delightful in a wrap or spread on crackers. 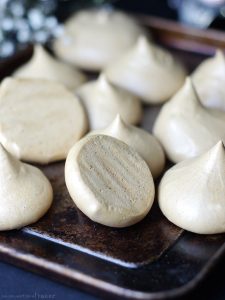 This last recipe by Unconventional Baker doesn’t actually use chickpeas. Instead, it uses the liquid inside the can (also called aquafaba). It sounds absolutely crazy, but aquafaba makes an excellent egg substitute. These meringues only require three ingredients, but look impressive enough for the fanciest of occasions.

What will you try first, Warriors? Comment below and let us know!

Written By
Anonymous
More from Anonymous
I exist in a world comprised of two choices: Either black or...
Read More