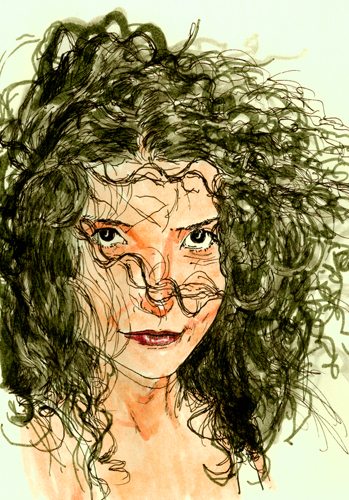 Have you ever wondered why some people seem to bounce back from whatever life throws at them and others seem to flounder in despair? Those who adapt well in the face of trauma, stress and adversity usually have the most resilience.

Having an eating disorder affects every part of a person’s well-being, and it’s not uncommon to feel numb, helpless, hopeless and irritable, to name a few. Building resilience, or even fine-tuning your current bad-ass skills, is an essential part of life for all of us.

Some of our response to stress is genetic or related to upbringing. And lot of overcoming it, is largely up to us.

Here are some pointers, characteristics, and habits of highly resilient humans.

As someone who suffers from major depressive disorder, I’ve learned to acknowledge this illness as a fact of life. Not only to myself but to other people as well. I don’t go singing it from the rooftops, but I do understand my situation and know it doesn’t define me as a human being. I can deal with it. I share my experiences with family and friends, so they can understand and try to help me.

As a fulltime freelance writer, I don’t just write whenever inspiration flows or when I feel like it. I sit down at my computer and work on a schedule every day. I approach work seriously and don’t shirk my duties of writing, researching, and brainstorming. If I say I’m going to write two articles a day, I try to adhere to my goal. The only way to get better at something is to be consistent, patient, and work hard. There is no such thing as “writer’s block” in my world.

I consider myself to be a person with resilience. Why? When I really want something, I go after it and don’t stop until I’m satisfied with the outcome. I work for it. I’m dedicated.

It’s easy to withdraw during really stressful times and hard to be strong when you can’t handle a life-changing event alone. Your support system is there when you need them. That’s what they are there for. All you have to do is ask. Don’t feel guilty or beat yourself up. One of the people in your support system could be a therapist who can help you focus on the positive aspects of life, instead of dwelling on negative things from the past.

If you doubt yourself, so will others. It’s no coincidence that professional athletes are known to come out on top better than ever even after encountering career-ending injuries. When NFL quarterback Sam Bradford was traded to the Philadelphia Eagles last year there were serious doubts as to his ability to lead his new team given his past critical injuries. But Bradford has a reputation of being confident and strong in the face of adversity, as described quite eloquently by Dr. Laura Miele-Pascoe, a professor with Ohio University’s Master’s in Coaching Education, in Psychology Today. Outward insecurities don’t creep in, even though Bradford surely feels them at times. We all do. Bradford’s coaches and teammates believe in him, and he believes in himself.

If you want people to understand you, try understanding them as well. When people don’t feel valued, they are less motivated to do good things for themselves or others. Showing a genuine interest in others facilitates a desire in them to grow and learn. My emotions aren’t the same as yours, but understanding where another person is coming from is a good skill to have.

Having courage, compassion, grit, structure and resiliency make us all better equipped to handle life.

Granted, bad things do happen to good people. A poll by NPR found that half the people surveyed said they had experienced a major stressful event in the past year, such as illness, death of a loved one, job loss and relationship problems. All the more reason to work on building your resiliency skills.

More choices that can change your life can be found here.