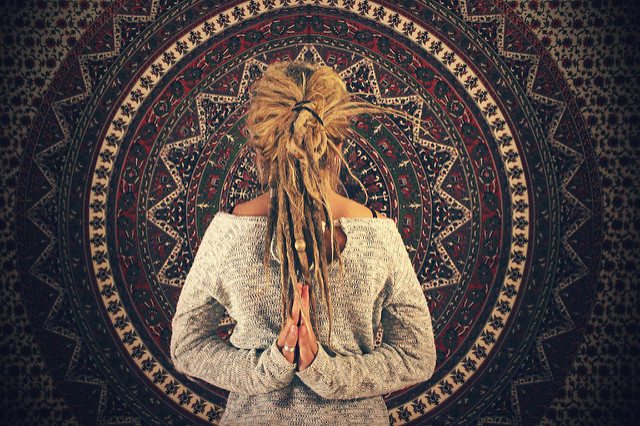 Ayurveda is one of the most ancient holistic healing systems known to man. Developed thousands of years ago in what is now India. It holds the belief that health and wellness depend on a balance between body, mind and spirit. A disruption of this harmony can lead to poor health and sickness. Unlike Western medicine that treats disease, Ayurvedic medicine promotes good health and is used to prevent illness.

According to Ayurveda, every person is made of a combination of five basic elements found in the universe: space, air, fire, water and earth. These elements combine in the human body to form three life forces called doshas, namely Kapha, Vatta and Pitta. Although everyone inherits a mix of these elements, most often one dosha is more prominent than the other two.

When you are out of balance in your primary dosha it is said that disease, disorder or addiction follow. There is a striking similarity between this definition and the one we hold  regarding eating disorders. An eating disorder can be described as a serious disturbance in eating behavior ultimately leading to imbalances in one’s body, thoughts, emotions, and relationships. In recovery, we ultimately find balance and integration between body, mind and spirit. In addition, there is an uncanny resemblance between the three doshas and the three types of eating disorders.

The Kapha Dosha is the earth element. Kapha is characterized by individuals with heavier frames who tend to gain weight and have strong bones and muscles. It is said that those who exhibit more Kapha have a penchant for sweets and tend to retain water. They are less active than Vatta and Pitta. In addition, Kapha’s are known to be excessive when out of balance. It is said that individuals that inherit mostly Kapha elements carry larger frames for protection.

There are parallels to Kapha and our modern day binge, emotional and compulsive eater. Those with binge tendencies tend to have larger bodies and although not across the board are less active than their bulimic or anorexic counterparts. Binge eaters by nature are excessive eaters with emphasis in overeating carbohydrates and sugars. Binge eaters may, in fact hold on to a larger body size for emotional protection.

Ayurveda suggests movement and limiting high sugar or fat foods to bring a Kapha into balance. This is not so far off from some of the treatments and techniques to help the binge eater recover. It is important for the binge or emotional eater to learn to live in their body. One of the ways they can do this is with movement. In addition, to recover from BED an individual must learn other coping mechanisms besides bingeing on foods. In order to do this an individual must engage in balanced, nutritious eating. By way of doing this, their intake of  binge foods decrease.

Vata is the air element. Vatas have light, flexible bodies, smaller frames and tend towards being underweight. Other attributes to this dosha are dry skin, poor circulation, variable appetite and issues around digestion. Vatas are often attracted to astringent foods such as salads and vegetables and prefer vigorous activity. Vatas out of balance are highly anxious, rigid and have trouble sleeping. In Ayurveda, the diet that is prescribed for Vata balance are foods with lots of tastes and textures, and foods high in proteins and fats. Raw vegetables and cold foods are aggravating while warm foods bring nourishment and calm the system.

Vatas have a similar makeup as the individual with Anorexia Nervosa. Those with restrictive symptoms are usually underweight which can certainly lead to medical consequences of dry skin, poor circulation, and digestion problems. Anorexics also tend towards lighter foods such as vegetables and may excessively exercise. Those with these tendencies have overactive Sympathetic Nervous System responses (fight, flight or freeze) leading to anxiety, rigidity and sleep disturbances. The prescribed diet given by Ayurveda has threads in our nutritional treatments for Anorexia and restrictive disorders such as a diet inclusive in proteins and fats and carbohydrates, high nutrient density as well as a decrease of lower density food choices such as vegetables or salads.

Finally, Pitta is the fire element. Pittas are usually medium build and well proportioned. They are known to have a strong appetite, strong digestion, and a strong metabolism. Out of balance, Pittas are impulsive and explosive and have strong sexual drive. They can become irritable when hungry. For balance, Pitta’s are not to skip meals or wait until they are too hungry to eat. A balanced diet of fresh whole foods high in nutrients will decrease pitta and move an individual towards health. For Pitta’s what is most important is hold onto to routine meal times, to eat meals in peaceful environments and to practice mindfulness before, during and after mealtimes. It is said that rather than gripping or controlling, the Pitta must surrender in order to find their best self.

Pittas parallel the Bulimic profile. Those who struggle with Bulimia Nervosa are usually within their weight range. They, like those who attribute more Pitta are impulsive and may use sex compulsively. And like Pitta, for Bulimics to move into balance it is crucial for them to uphold a consistent schedule of balanced nutritious meals. In addition, practicing mindful eating can significantly aid in the process and allow for surrender into their recovery.

Whether coincidence or ancient wisdom, the Ayurveda system of medicine, nutrition and self-care creates a perfect alliance with holistic treatment, recovery, and healing from eating disorders and disordered eating. Ayurveda combines the Sanskrit words ‘avur’ which means life and ‘veda’ which means knowledge. As one recovers from an eating disorder some of the most powerful results are the deep knowing of the self that allows for a more meaningful life.