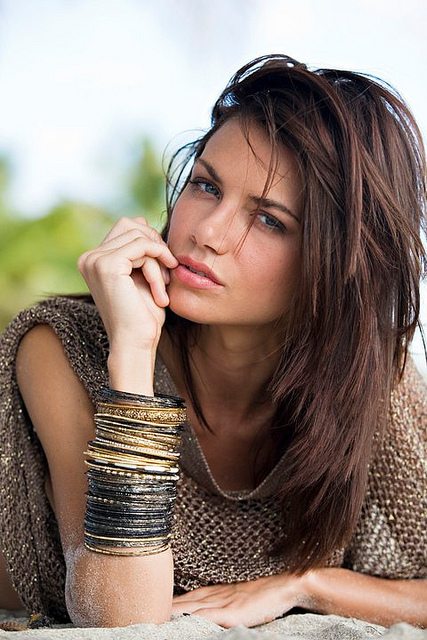 What: Bill AB 2539 requires that all models in the state of California must get “periodic health checkups, nutrition counseling, and appropriate health testing as needed.”* Also, models will become employees of their agencies. Currently, they are independent contractors which allows the agents to get away will all sorts of underhanded and downright dangerous things (e.g., sexual harassment, withholding money, escorting out the models, pressuring them to lose weight which creates an environment for eating disorders and other destructive, fatal behaviors to manifest, and so on). Furthermore, the bill stipulates that The Occupational Safety and Health Standards Board and the State Department of Public Heath have to adopt the laid out health standards for the models, the agencies have to be licensed by the California Labor Commissioner, the models themselves must obtain a doctor’s certificate stating that they meet the noted health standards, and the agencies are required to store records; if they hire models who do not have an up-to-date doctor’s certificate, they can be fined.
Who: Introduced by California Assemblymember Marc Levine and his team. It is an effort of Assemblymember Levine, Sara Ziff from the Model Alliance, Dr. Bryn Austin, director of the Strategic Training Initiative for the Prevention of Eating Disorders at Harvard University, the National Eating Disorders Association (NEDA), and former model-turned-advocate, Nikki DuBose.

Where: California – Marin County. California is the first state, following in the footsteps of France, Italy, Israel and Spain, all of which have recently passed laws pertaining to models’ health.

Why this matters: Let’s start with looking at the modeling industry and see how this (problem) affects society. Forty percent of models have some sort of an eating disorder. Although the reasons for developing an eating disorder are complex, at their core individuals are often dissatisfied with their bodies and feel unworthy. So if models are working in an industry that constantly degrades their bodies and devalues who they naturally are as a human being, then it’s not so hard to see why eating disorders are so prevalent in the business and why Bill AB 2539 is so critical.

Models’ rights are human rights. However because of the stigma and false glamour that surround both the fashion industry and mental health – especially eating disorders – the public and government have long turned a blind eye. But that’s changing. Models are humans who deserve to be treated fairly and with respect; they deserve protection and their labor rights to be exercised, just like any person working in any industry.

I’m certain that everyone can agree – models and citizens – on the need for Bill AB 2539. If we can change the way that the health standards are within the industry, then this can, in turn, have a positive impact on society. Models make up a majority of the people we see in the thousands of advertisements we are exposed to every day. Nearly half of girls in 5th to 12th grade reported wanting to lose weight because of magazine pictures.

If the model’s mental, emotional and physical health are taken care of and they are educated about becoming role models, imagine the profound effect this can have on children – and adults – everywhere.