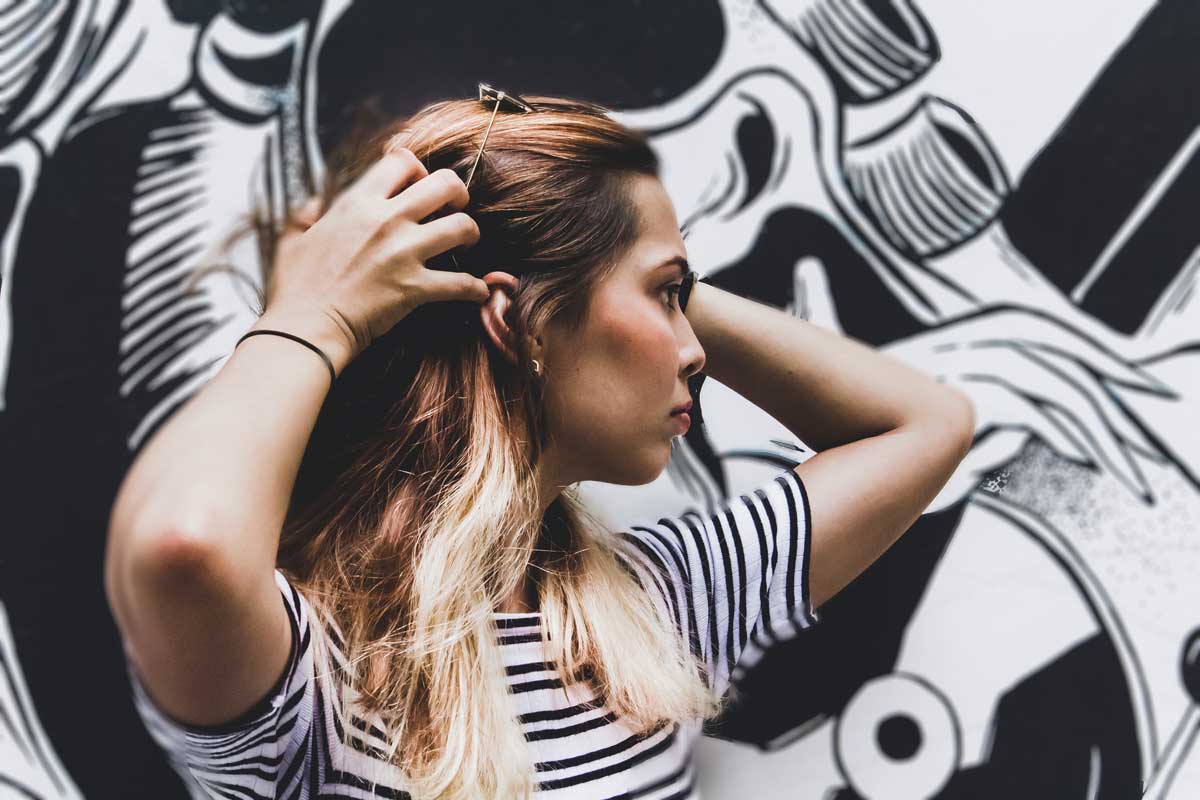 I can remember it so clearly, I was eating cereal… and I couldn’t stop. One bowl after another. It wasn’t even the good kind of cereal. It was like watching a cartoon character devour a meal. Yet, in reality I was binge eating.

This might not sound too strange, except that for about a year prior to this, I was severely restricting my food intake, diagnosed with anorexia, and wouldn’t have touched cereal. So yeah, it was different.

Something changed. I could literally feel my brain and body were different.

I didn’t have the ability to stop anymore.

From that point on, I began eating – a lot. This was the beginning of my long battle with bulimia.

Since I lost my ability to restrict what I was consuming and started eating more, I naturally gained weight back. And that’s when everyone started thinking, “Kelli is better! She looks so healthy!”

And I wanted them to believe that. Because if they knew what I was really doing, I would be mortified.

What they didn’t know (at first) was that I was completely out of control binge eating and purging. I found myself tangled in the most miserable cycle of restrict-binge-purge.

And what almost no one knew was that the binge eating continued for the next 6 years.

That’s the thing about eating disorders. We think there is a certain body type you must have to actually “qualify.” You need to be skinny enough, sick enough, or restricting enough to meet the standards.

I no longer looked ill, so according to our culture’s perception of eating disorders, I was “fine”.

Well, that was a lie.

I can tell you for a fact I was more mentally and emotionally ill after I  gained the weight back then when I appeared to be “sick” to the rest of the world.

The master of disguise

I hid my binge eating from even my best friends and family. A couple years later, I was binging and purging so often, anyone who spent any time with me probably knew what was going on.

However, in the later years of college and even post college, I had it more under control and almost no one knew I still struggled.

Our bodies are made to need food for energy. When we deprive ourselves the nutrients and calories we need, our biological and natural appetite will grow and we will become even more fixated on food.

For many many people, restricting eventually leads to eating in a way that feels uncontrollable.

I lived in this awful space of being so obsessed with my food consumption. My biggest fear was gaining weight. And yet, I wasn’t able to control what I was eating anymore. This resulted in me using purging as a means to feel better and more in control.

What do you do when there’s no escape?

Shame hit me relentlessly. I couldn’t even be around food at parties, family gatherings, or my own kitchen without it being an issue.

And that’s the problem with binge eating… you can’t escape food.

There was so much dishonesty. And so much loneliness.

Most days I told myself, “today is the day!” I woke up and promised, “I’m going to do better today!” Then as soon as I was around food – that went out the window.

I started to believe that this was just going to be my reality. Maybe it would never go away.

In fact, shame usually makes our problems much worse.

Telling myself, “Ugh, you messed up again. You have to do better because what you’re doing is so gross and you are being weak,” didn’t help me change AT ALL. Instead, it made me feel way worse about myself.

But you know what helped me deal with feeling bad about myself? Food. And so goes the shame cycle.

It wasn’t until I began to work through my past, treat myself with compassion instead of shame and learn new ways to cope with my feelings (outside of running straight to food) that I was able to make changes.

It wasn’t perfect by any means. But I could feel my heart beginning to heal. After years of therapy and treatment, I was finally starting to see some glimpses of hope. I started to believe that I wouldn’t struggle with this forever.

And I didn’t struggle with binge eating forever.

My encouragement to anyone out there struggling with binge eating or anything else, is this: get some help. It might not be fun, but sometimes speaking things out loud can in itself take power away from your struggle.

Don’t let the shame voice in your head win. It lies.

For me my faith also played a huge role in my recovery. I knew God didn’t make me to live like this, so I started really focusing on what He did make me for. He didn’t care how I looked, a number on a scale, or what size I was. I was made to love others, to help others, to have deep and strong connection with others. That’s the life I wanted.

Explore what it is that you were created for. And what your purpose is. I promise it’s so much bigger and more important than your physical appearance.

And once you find it, don’t stop fighting for it.