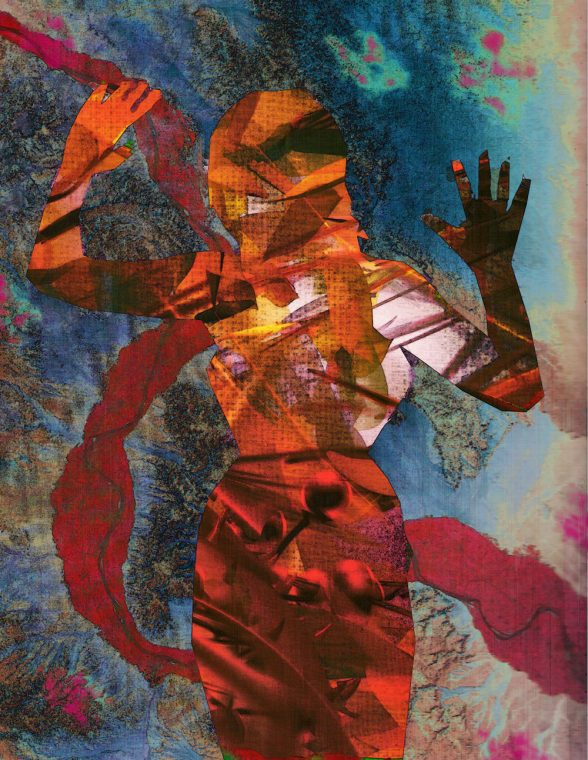 In our culture, the language of overcoming illness — both mental and physical — is rife with metaphors of war and battle. We fight cancer. We try to attack our negative thoughts and anxiety. We want to beat depression.

You are not a mistake. You are not a problem to be solved. But you won’t discover this until you are willing to stop banging your head against the wall of shaming and caging and fearing yourself.

Though I’ve had my own struggles (some of which I’ll describe momentarily), I will be the first to say that I cannot claim to know the precise pain of circumstances or conditions I have not yet directly experienced. Like anyone, my ability to fully understand the spectrum of human suffering is limited to my own experiences, and the indirect experiences of the people I know and love.

All this to say: If someone has cancer, and the idea of “fighting” it makes it just a little easier to get through the pain of the disease and treatment, far be it from me to persuade them otherwise. If it works, do it.

With that acknowledged, I feel compelled to share a perspective that is woefully underrepresented in our “pull yourself up by the bootstraps” Western society:

Your brain — and your body — do not have to be a battleground.

More than a decade ago when I was in the throes of an eating disorder, I felt literally possessed. Gone were the days of heavily restricting my food intake; I’d had just enough nutritional and therapeutic intervention that I had to start eating again. Which ignited a hunger so deep that it felt like I could eat forever and never get full. Until, of course, I binged to the point of such intense physical discomfort and shame. I hated myself so fiercely, I lost sight of any redeeming traits I once thought I had.

During a binge, it felt like something else — some force outside of me — was in control of my body. “Just. Keep. Going,” it would say. And because the ache of deprivation and hunger was still so raw, I did as the thing said. Mechanically going back for more and more until I snapped back to reality and realized what I’d just done.

Shortly thereafter, the deep self-loathing would set in. Along with obsession about how, the next day, I needed to somehow make up for this horrific transgression. I needed to be punished. It was full-on war.

I spent more days in that cycle than I care to remember. But I’ll never forget one night after a binge, instead of jumping straight to the self-hatred, I sank into a gut-wrenching grief.

Grief that I was still fighting such an ugly war with my own body, the only vessel I was given for this life.

Slowly, the seeds from therapy started to take root.

Ending the battle with my body

I went to a workshop that opened my eyes to the perspective that maybe I didn’t have to hate myself for my desires. Or the curves of my legs when I’m eating what my body needs to live. That the question wasn’t, “Are you really hungry?” But rather, “What are you hungry for?”

I have since become fascinated by therapeutic and self-help modalities like Internal Family Systems and Acceptance & Commitment Therapy (ACT) that emphasize self-compassion and the importance of making room for all parts of ourselves rather than feeling we need to exile the “enemy.”

A shift in perspective

My eating disorder was not my enemy. It was how a part of me was trying to communicate to me that I longed for a deeper sense of spirituality, meaning, and connection. And yes, it was going about it in a rather destructive way. Until I decided to take note of my underlying needs and continue to get help with healing. Until I could say, “Thanks for what you were trying to do for me; I can take the wheel from here.”

Even the ever-nagging inner critic has inherent value in this way. If we can acknowledge that it has helped us survive and feel safe, and find the willingness to have compassion for its desire to do that, we can learn more skills to offer ourselves self-assurance in other ways so the critic can know it’s okay to step aside. (Until the next time it shows up, and we have to gently remind it again, and again, and again.)

I know — healing from a mental health condition like an eating disorder and a physical illness like cancer is not exactly a parallel process.

But I do know this.

When I had the mentality of “fighting” my body or “fighting” my eating disorder, the sense of internal adversity added to my pain rather than diminishing it.

If cancer cells are already fighting the body, is it the most helpful approach to “fight” back. Or to surround the body and mind with both the physical healing needed and immense love and compassion, instead of even more internal warfare?

I was talking with someone recently who has battled intense anxiety for years. He told me about his need to attack it once and for all. I could hear in his voice the exhaustion of fighting himself like this every single day. And the hopelessness that things could actually get better. I shared with him a metaphor I’d read about which is called the Chinese finger trap. The more you fight against it, the harder it is to get out.

When the body battle becomes a trap

It’s similar to the experience of trying to slam the mental brakes at bedtime. Is it likely that an approach of, “Stop thinking, stop thinking, shut up, brain!” is going to lead you into restful sleep? Probably not.

But when you become more aware that your thoughts are just thoughts and feelings are just feelings, and you learn to soften around the pain, you might be surprised that it no longer has the same power over you that it once did when you were constantly battling with it.

This is nothing new. In fact, it’s an idea that’s been a part of the Buddhist tradition for thousands of years:

Pain is inevitable, and suffering is what we create through non-acceptance of our pain. Insisting that it must go away in order for us to be okay.

When we can instead learn how to make space for the full spectrum of human experience and physical vibration of emotions, we stop needing the experience to be different than it is. And that softening can occur. We realize we don’t have to keep holding our breath waiting for the pain to go away before we can actually live our lives.

At the personal level, we have little to no choice about whether it’s peacetime or wartime in the world, or in our communities. But maybe we do have some choice when it comes to these beautifully flawed brains and bodies. In that case, I will carefully choose the language with which I relate to myself and my well-being.