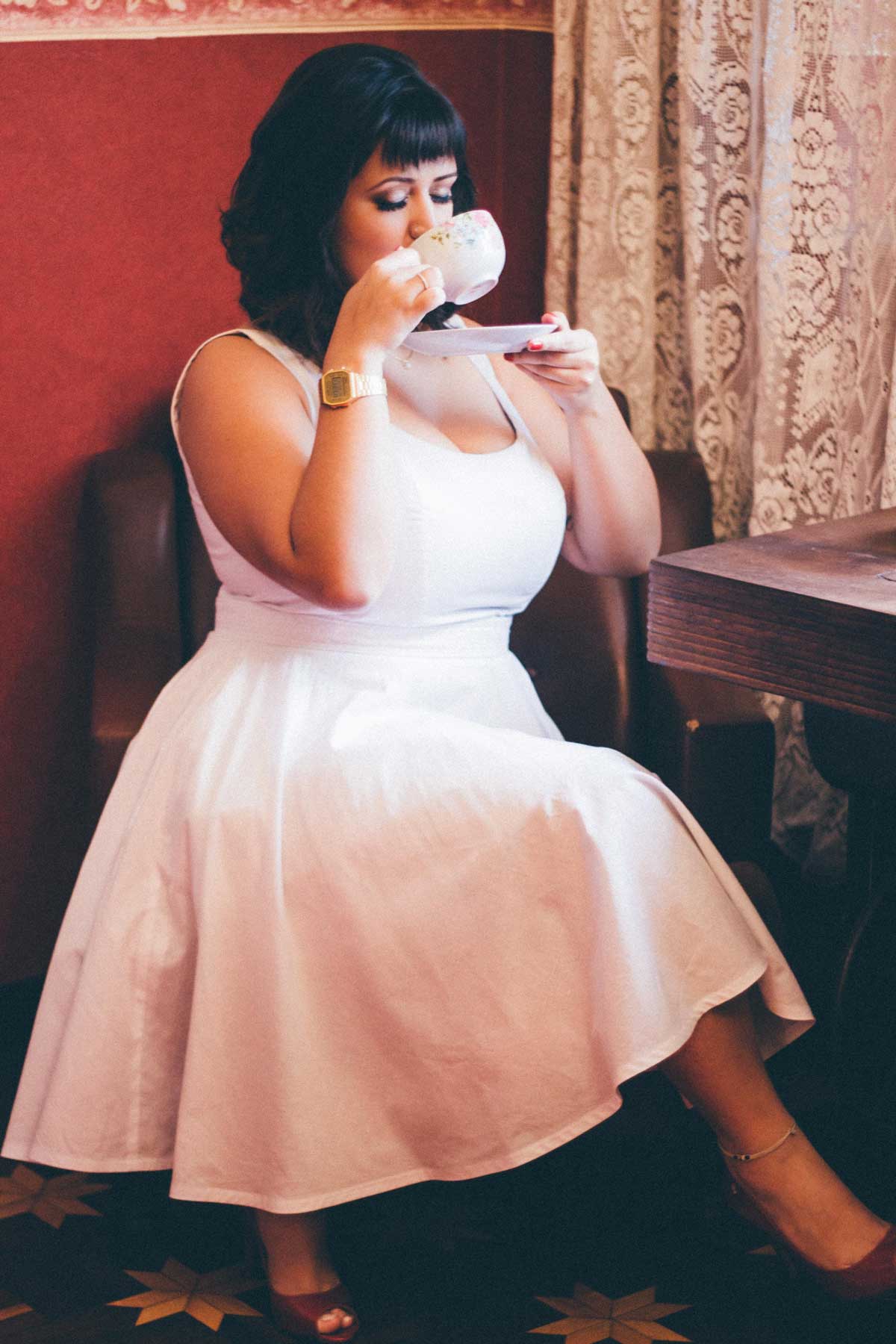 I’m not going to lie, the first time I walked past a large advertisement in the mall with models who bore stretch marks, I did a double take.

The words “stretch marks” and “models” have just never existed in the same sentence before – until lately.

There is a positive body image movement rolling through the hills of the Western society. People in the media (mainly actresses and models) have come out of hiding to share how scrutinized they’ve been. They’ve been body shamed. And how they’re taking back power – power that belongs to them.

Take, for instance, Iskra Lawrence, a model for the brand Aerie. Iskra refuses to be defined as a “plus-size model” because she identifies as simply a “model”. What she models even better is positive self-talk.

In her TED talk, she says,

What the hell are these jeans right here, this piece of fabric [doing], trying to break me right now? I refuse, flat out refuse, to let them ruin how I feel about myself.

Not only that but she also refuses to have her images retouched by photographers despite their wishes to do so.

Finally! A feisty woman who won’t let others break her down.

I’m used to putting aside the modeling industry in general and thinking, “yeah, but she’s a model so that’s just fake”. Now I can look at this sexy, curvy model who resembles my own body and think, “Well, if she’s sexy then I am too”.

I can relate a little bit more and maybe I will feel better about myself. And I’ll probably buy fourteen pairs of jeans that she’s advertising. Which brings me to my one concern…

I hate to air my skeptical side, but I worry this is just a brilliant advertising campaign. Is it because we’re moving in a good direction, or did advertisers just find a way to get women to buy more because they promote the “real” look?

I hope it’s a wonderful time where we can all learn to be thankful for our bodies and not feel the need to be a certain size in order to have worth.

I’m intrigued to learn what others – both men and women – think of these advertisements. Do people want to be surrounded by so called perfection of the photo shopped images? Or is this a relief for people to eat normally and accept the body they came in?

What do you think of more diverse body types in advertising and the trend of un-retouched photos?

Let us know in the comments below!