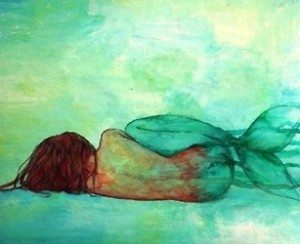 Bullying occurs among all kinds of people, regardless of age, gender, weight or race and long-term effects go well beyond hurt feelings and emotions. Bullying can be defined as unprovoked aggressive behavior carried out against people who aren’t strong enough to defend and stand up for themselves. It manifests in many different ways like spreading rumors, social exclusion, physical assaults, insults, and comments about weight and physical appearance. In today’s internet-based society, bullying doesn’t end at the school’s parking lot or entrance of the workplace. Cyber bullying, bullying that takes place using electronic devices, can follow people all the way to the doorstep of their home and private lives. In fact, the 2013 Youth Risk Behavior Surveillance Survey found that 15% of high school students (grades 9-12) were electronically bullied.

Being exposed to bullying repeatedly can cause serious mental health issues like substance abuse, depression, suicide and eating disorders. A British study among 600 people found a significant relationship between bullying and the development of eating disorders, with over 75% of people with eating disorders admitted it was one of the causes of their eating disorder.

As long as I followed my food rules, I was able to survive.

Bullying often starts at a time when children and teens are trying to find out who they are and develop a healthy sense of themselves and their body. Children and teens with weight issues tend be at higher risk for bullying. Especially for those who are very sensitive and insecure it can significantly lower their self-esteem and body image. “Look at her ears, they are huge.”, “You are so weird, nerd”, “You’re going to fail anyway”. What would you do if people tell you this on a daily basis? You run. You try to protect yourself and in order to cope with fears, anxiety, stress and sadness you desperately seek ways to numb emotions and find comfort.

My eating disorder consumed all of my energy, which meant I didn’t feel anything else. That felt good

An eating disorder provides comfort and a way for them to feel worthy and deal with their emotions. It can literally feel like a friend. The increasing numbers of bullying must be taken seriously, whether in school, college or in the workplace. It’s a concerning trend that can lead to dangerous mental health issues.

To stop this trend it’s important for teachers, coaches, parents and employers to recognize the signs of bullying and educate students, kids or employees about the harmful effects.