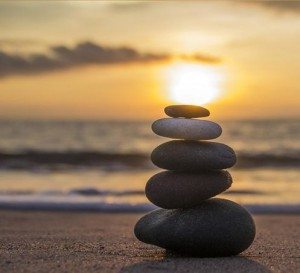 “I didn’t eat breakfast, but it wasn’t restricting behavior because I was having a spiritual experience. God told me that he was sustaining me, so I didn’t need to eat.”

When a former client said this in a group, the other women didn’t know how to respond. From their vantage points (and certainly mine), this was clearly disordered eating and thinking. Though her peers tried to gently ask more questions to better understand where she was coming from, this client was just not in a place where she was ready to give up her eating disorder. She frequently quoted scripture and said she was always very connected to her faith and spirituality, and yet, had blinders on regarding the reality of her disorder and how it was affecting the parts of her life that mattered the most.

Spirituality is often a valuable component of recovery. In any kind of 12-step program, acknowledging and turning your life over to a higher power of your choosing (steps two and three) is a foundational element of working the steps. Of course, a person’s chosen higher power may be less spiritual and more about “Good Orderly Direction,” but spirituality of some sort is highly common. Even aside from the 12-step model, spirituality can offer strength and hope to people during the most difficult times in their lives. The most frequent benefits my clients identify about connecting to spirituality in recovery are:

So, spirituality can certainly be a highly supportive element of recovery and life in general. But occasionally, as in the intro to this post, spirituality and religion can be abused or misused in ways that actually hinder recovery and balanced living. I see this primarily in two ways: hyperreligiosity and spirituality as avoidance.

“The beauty of religious mania is that it has the power to explain everything. Once God (or Satan) is accepted as the first cause of everything which happens in the mortal world, nothing is left to chance… logic can be happily tossed out the window.” – Stephen King, The Stand

With hyperreligiosity or over-identification with a particular religious or spiritual worldview, several things can happen. Someone might:

Needless to say, some of these patterns could be quite harmful to eating disorder recovery.

“Spiritual bypass is a defense mechanism. Although the defense looks a lot prettier than other defenses, it serves the same purpose. Spiritual bypass shields us from the truth, it disconnects us from our feelings, and helps us avoid the big picture. It is more about checking out than checking in—and the difference is so subtle that we usually don’t even know we are doing it.” – Ingrid Mathieu

The second area to be aware of is using spirituality or religion to avoid confronting difficult situations or emotions. This can sound like:

Now at first glance, some of those things sound pretty good, right? And they can be. It all depends on the context and the individual. But when I get the sense that someone has used their spirituality or religion as a way to bypass the difficult and sometimes ugly underbelly of life — grief, guilt, trauma, etc. — then I worry.

Using your spiritual practices to get through a tough situation is a healthy skill, but using them as yet another way of avoidance is going to leave you feeling confused about why you still feel bad even though you’ve done everything you’re “supposed to do.” Even the most spiritually connected people are still going to have days where they may not feel like getting out of bed, or feel hurt by a comment a co-worker made, or have negative body image. Pretending like that stuff doesn’t exist is not spiritually serving you or anyone else.

In my experience, unhealthy uses of spirituality in recovery are much more often the exception than the rule. Acknowledging and feeding my own spiritual hungers was a turning point in my recovery. So while I’m certainly a big proponent of spirituality for life and recovery, I believe it’s important to be able to identify — just like with anything else — when a good thing can become warped into something unhealthy.

How has spirituality supported your recovery? Have you ever encountered hyperreligiosity or spiritual bypassing?