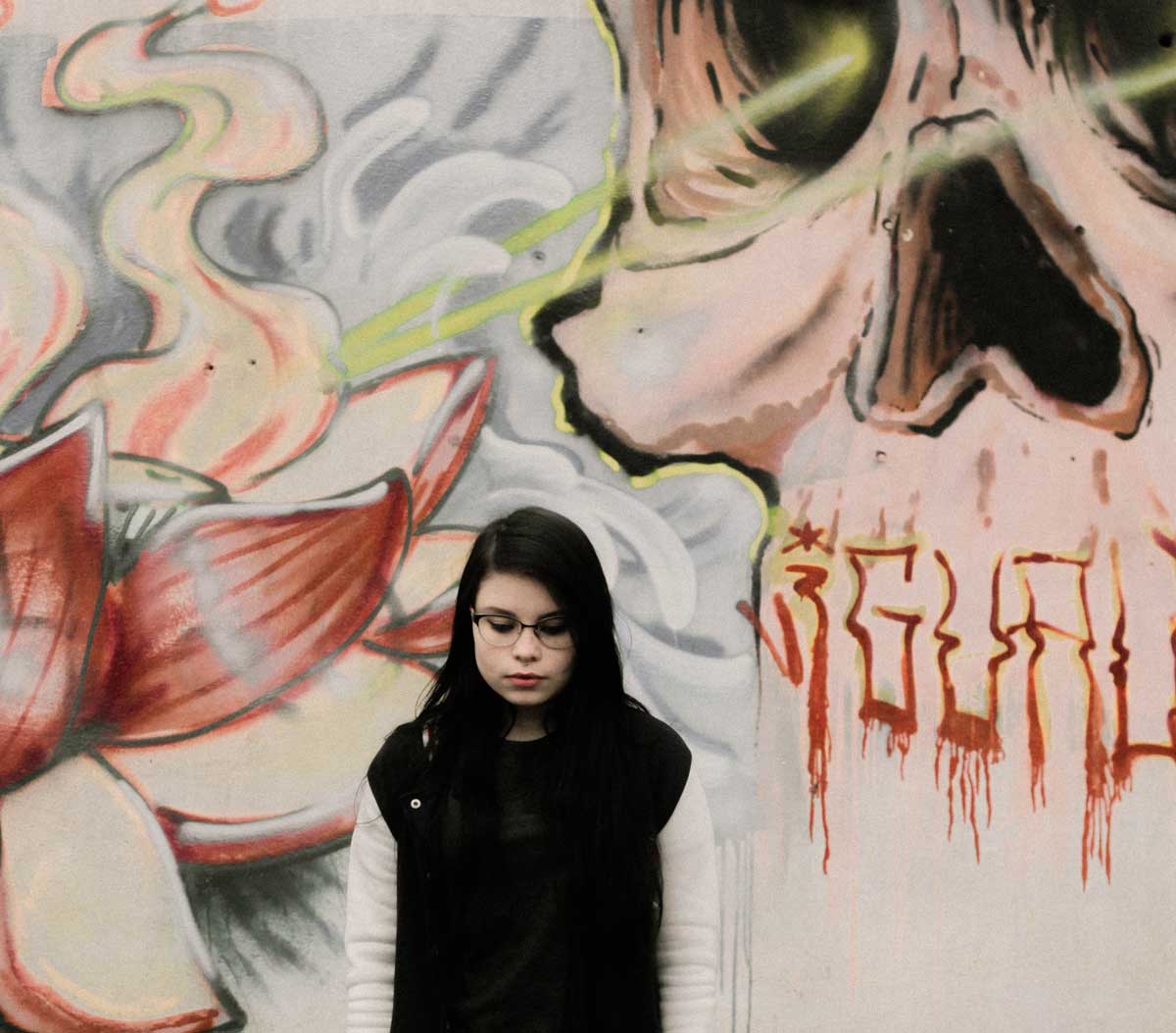 The doctors told me, “Just eat. Gain weight. Rest and eat fattening foods.” But I couldn’t “just eat”. How did I get there? To the place of almost being killed by my eating disorder?

Let’s backup from the eating disorder for a minute

Life seemed like it was going great. I journeyed down the semester as a two-sport athlete.My day consisted of running from cross country practice to tennis practice each day and weekends were spent traveling to tournaments. At the same time, I worked four different jobs and had a full load of classes. I could do it all.

Until one day I couldn’t run anymore.

My body was just failing me. But I channeled my frustration into trying harder. The next day I ran as hard as I could. Yet I still wasn’t close to where I had been just days before.

My body ached. My heart throbbed and my muscles burned.

After several days of the pain and frustration, I realized I had to stop running and tennis for a few days. I thought that a few days rest would restore my body. But it didn’t.

I ended up driving home midweek to Indiana to get some medical tests done. I knew something was wrong and I was annoyed. But I wasn’t scared (yet), I was just frustrated. I was frustrated that I had dropped two places on the cross country team. And frustrated that could not get to all the tennis balls and frustrated that everyone seemed to be thriving except me.

As the the doctor examined me he said I had signs of malnutrition.

He told me not to do any physical activity, because it could cause me to go into cardiac arrest and die. I tried to bargain with him but he was firm. If I continued to run, I would ultimately end up in a hospital bed.

The next day was spent going to doctor’s offices and in hospitals for tests. The EKG on my heart came back and showed that I had bradycardia. I asked all the doctors if I could run and do any physical activity. All their responses were the same:

Absolutely not – unless you want to die.

In the midst of this valley, I felt confused, weak, frustrated and alone. Though I wanted to fight this, deep down, I felt like I couldn’t.

The doctors told me, “Just eat. Gain weight. Rest and eat fattening foods.” But I couldn’t “just eat”. Every time I ate I felt guilt. A strong guilt that shook my body.

I hated the feelings after I ate. It was worse than my body aching and my heart burning. The regret and guilt I felt after nourishing my body was intense. So, I went back to school and continued to restrict foods in an attempt to manage my guilt that I felt.

After a few months, I had cut out almost every food group. As a result, I felt dizzy all the time. And just talking made me feel light headed. Even going up the stairs was exhausting. I withdrew from friends, community, and things I once enjoyed. I had no drive to do anything.

My body was fighting for its life.

I felt like I was in a deep hole. If I didn’t eat, I would die. But if I did eat I would feel unbearable shame and disgust.

The Eating Disorder went from bad to worse

And to add to that, reversing the effects of malnutrition takes a while.

Eating enough for one day doesn’t magically cure you.

It takes days, weeks and even months to regain strength and begin feeling better. I wanted to get better, but I felt hopeless.

Eventually, I couldn’t even sleep through the night. Physically, I could tell I was going from bad to worse.

I knew I was dying from the eating disorder.

My mom would call me crying, begging me to get better. I hated that I was hurting her and causing her pain. My dad would call me telling me he did not believe in me. He didn’t think I could fight this.

I stayed at school for a few more months like this. But I was terrified. I was so embarrassed, because I knew that if I could eat “normally”, I could get better. But I couldn’t eat enough and that frustrated me.

I was losing any hope I had.

When I looked in the mirror, I was disgusted with myself. I looked dead. My bones stuck out. I looked like an alien with an abnormally big head but a shrunken body. So I just cried.

Finally, I was so sick I couldn’t even control my bladder. I peed on myself.

One say I sat in my room and sobbed as I tried to focus on a paper that I had to write. I couldn’t focus. I sat there for 11 hours trying to write a 4-page paper.

There wasn’t any energy left in me to think or be productive. I simply sat there thinking about nothing.

Then in a bout of anger I went to my fridge and grabbed a something. It was a food I hadn’t eaten in months. I had not eaten anything like this in months. As I ate I thought to myself,

Take this. I don’t want to die.

“And I need this to write my paper”, I thought, “so screw the guilt. I can do this”. So I ate. Then I ate a little more. And nothing happening. I still couldn’t focus. And I didn’t feel better. I was still cold and light headed.

But I just ate, shouldn’t I feel better? Instead, I could not focus because my brain screamed, “you just ate that!”

So I broke down and called my mom. I called her full of fear, so scared that I was going to die.

I told her that I needed to come home. And that I was scared. The very next day I left school and went home. I went home desperately wanting healing, restoration, freedom, and love.

I came home to open arms. My parents hugged me with tears in their eyes and whispered to me “you’re going to get through this.”

The first night I was home my dad knocked on my door. He came in softly and tenderly. His blue eyes were filled with concern and love. We sat there.

Then I finally verbalized my fear. I verbalized that I thought I was going to die. And with tears and sobs I confessed to him that I had not had a period in months. I told him that I thought my lifelong dream of being a mom and having a family was gone. That I would never be able to be called mom.

His eyes filled with tears.

He gripped my hand and said, “We’re going to get you help. You will get better.” We hugged and in that moment I felt a tender love that I had never felt from him before. My heart was overwhelmed by his soft words and his concern. I knew in that moment that he loved me and would do anything to help make my recovery possible.

The end…and the beginning

Since that moment it has not been easy. My journey has been filled with sleepless nights, extreme guilt and so many struggles.

The chains that once suffocated me have been broken. I have regained my life back and I’m remembering what it is like to truly live.

Without fear of dying, I can think about my future. And I can dream of being a mom one day because I finally got my period back.

Now I can dream of playing tennis again because my body is getting stronger. I can talk and not be lightheaded, I can walk up the stairs and not feel faint. Today I can eat without the overwhelming guilt.

Now I can laugh with my friends, eat chocolate, run around and laugh without fear that I’m dying. I am free.

The thing with eating disorders is they control you. They give you the illusion that you are in control, but that couldn’t be more from the truth. In fact, the eating disorder controls you.

It tells you what to eat. And it tells you how to feel. Eating disorders make your body weak.

An eating disorder will even try to kill you.

Once you break free from the lies and the grip of an eating disorder, you begin to see the beauty in life again. And you realize that life really is beautiful.

So today, know that you are bigger than your eating disorder. No matter how much you weigh, how malnourished you are or how terrified you are, you can find freedom. You can recover.

You are a fighter. You can overcame. And you will find freedom that unleashes you and sets you free.

Written By
Danielle Key
More from Danielle Key
urting those around me was the hardest part of my eating disorder....
Read More