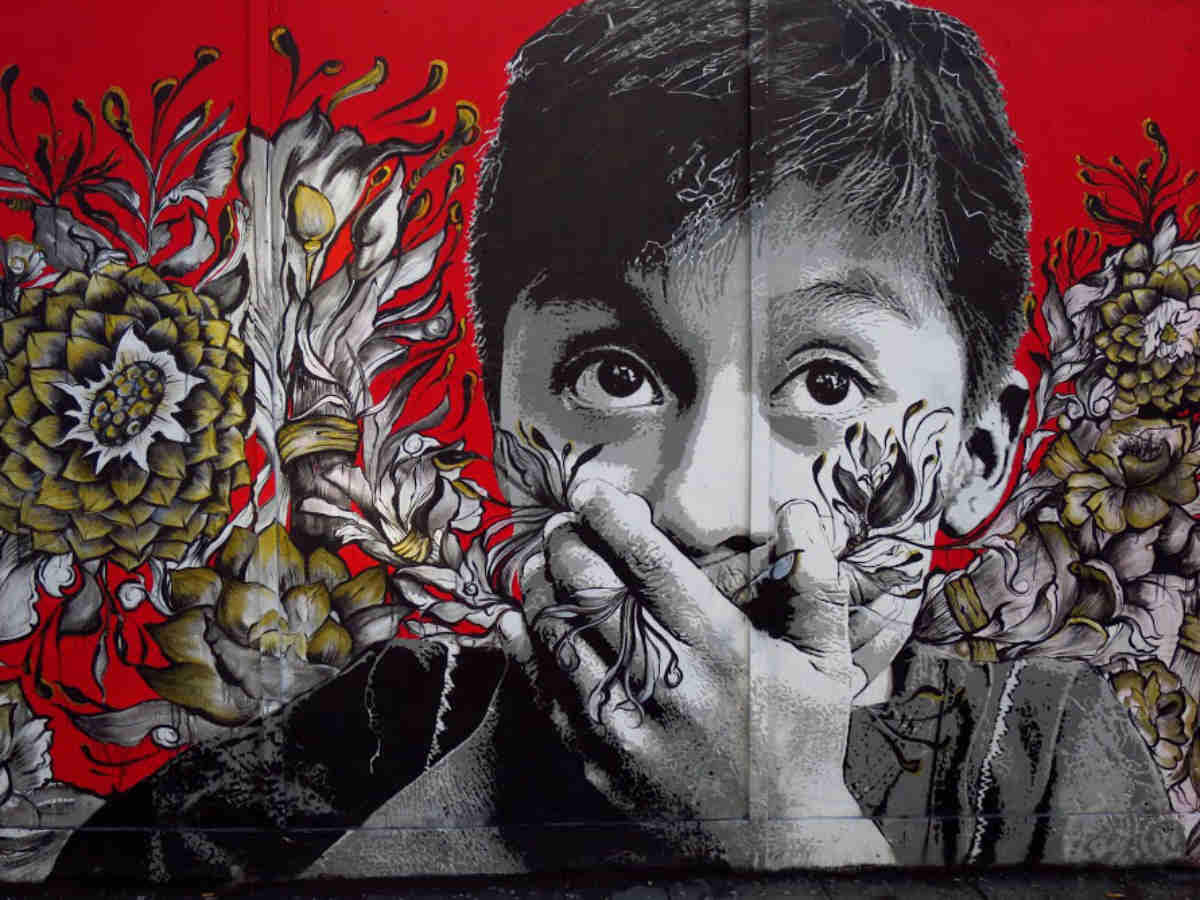 Most people who have access to an internet connection are not in danger of truly running out of food. This fear isn’t grounded in reality. Our brain and body know how to survive in times of scarcity, but unfortunately these adaptations don’t cross over in places of abundance. So, how can we help our mind relax and know there’s enough? The answer may surprise you.

We all have “rules” in our head and throughout our lives that tell us how to behave. Some things, like being respectful to others, can help us. While other ones based are outdated or based on false information, and can keep us stuck.

When I was growing up, my parents did the best they could to live a frugal life. They did a wonderful job teaching us to save money and learn that we didn’t need everything we saw. In a family with five children, budgeting was incredibly important.

We weren’t in danger of running out of food or starving. However, every time I heard my parents talking about, not having enough money for something, or concerns about finances, I used this information as proof that food was scarce. It was one of the many reasons I felt a need to stock up on treats and hide them in my closet.

When I felt stressed, I would sit in my closet and rapidly eat through my stockpiles. It was a pattern which followed my into adulthood.

By this time I understood that we weren’t in danger of starvation, but I couldn’t seem to override this idea of scarcity.

I felt the need to stock up on food especially for me. I would overeat in secret whenever I felt stressed or deprived in any way.

In January, I mentioned this to my therapist, who gave me some insight and an unusual challenge. She told me that in the western world, and other prosperous countries, the fear of scarcity leads to greed. There is this comparison of what other people might have, which spurns this on, rather than an actual lack.

However, in poor communities where everyone is struggling, this isn’t the case. It isn’t the lack, but the perceived injustice that leads to this need to horde. The idea that someone else has more than you do.

On the other hand, when everyone is poor and truly in need of nutrition, people don’t horde food from each other. Instead, they share the small amount that they have.

My therapist grew up in the Philippines with nine siblings and knew a poverty and scarcity for food which I never even came close to. In fact, by comparison, I was surrounded by abundant food. So, why did I still feel this way?

I was supposed to put this into action and find ways to share what I had rather than horde. It was still tricky for me to get past the idea of what other people had, though.

For example, it was hard for me to share a candy bar with my family when both of my children had their own candy boxes and there were a few small boxes of chocolate specifically for my husband.

I did my best, but the real change didn’t happen until my family got some chickens. These birds needed to be fed, and were healthier if their food was also supplemented with left overs. Chickens can eat a wide range of food including many meats, dairy, fruits, vegetables and grains. Suddenly I had pets who would thrive off of our extra food.

It still wasn’t a good idea to share candy or sugary treats with them, but I found myself craving these things less, in an effort to have leftovers they could eat. It also reduced the guilt over finding foods that were still good, but which no one else was going to eat.

Rather than being frustrated by this fact or feeling obligated to gobble down left overs, I could gift them to the chickens.

We don’t make larger meals than we did before. I didn’t want to make food specifically to have scraps for the chickens. That would have still been wasteful. However, when those foods are available, I get to share our abundance with our birds.

The power of offering to others

This has drastically helped reduce my fear of scarcity. By being aware that we do have more than enough. More importantly it has helped me look outside of myself. You don’t have to own a chicken in order to experience this feeling of generosity. There are plenty of people who you can share with, whether it’s a neighbor, friend, family member, or pet, depending on their dietary needs.

The point is that you divide it up evenly first, before eating any of it, and offering it to others. It doesn’t matter if they take the food or not. That isn’t important or in your control. Your only job is to offer it. Over time you may find, as I did, that your thoughts start drifting toward ways to share, rather than ways to horde.

Ironically by dividing up the food you have, you will have less feelings of scarcity.

Thinking about it isn’t enough. That may cause feelings of fear or resentment as you visualize your food being cut up. However, once you put it into action, you will be fed on an emotional level. The action, not the food itself, is what can heal this fear.

When I started taking care of chickens, I felt like I was saving them. I was giving them a home and caring for their basic needs. Now I see that they have actually been saving me.

Written By
Deborah Moore
More from Deborah Moore
Why is it important to learn how to set boundaries in eating...
Read More