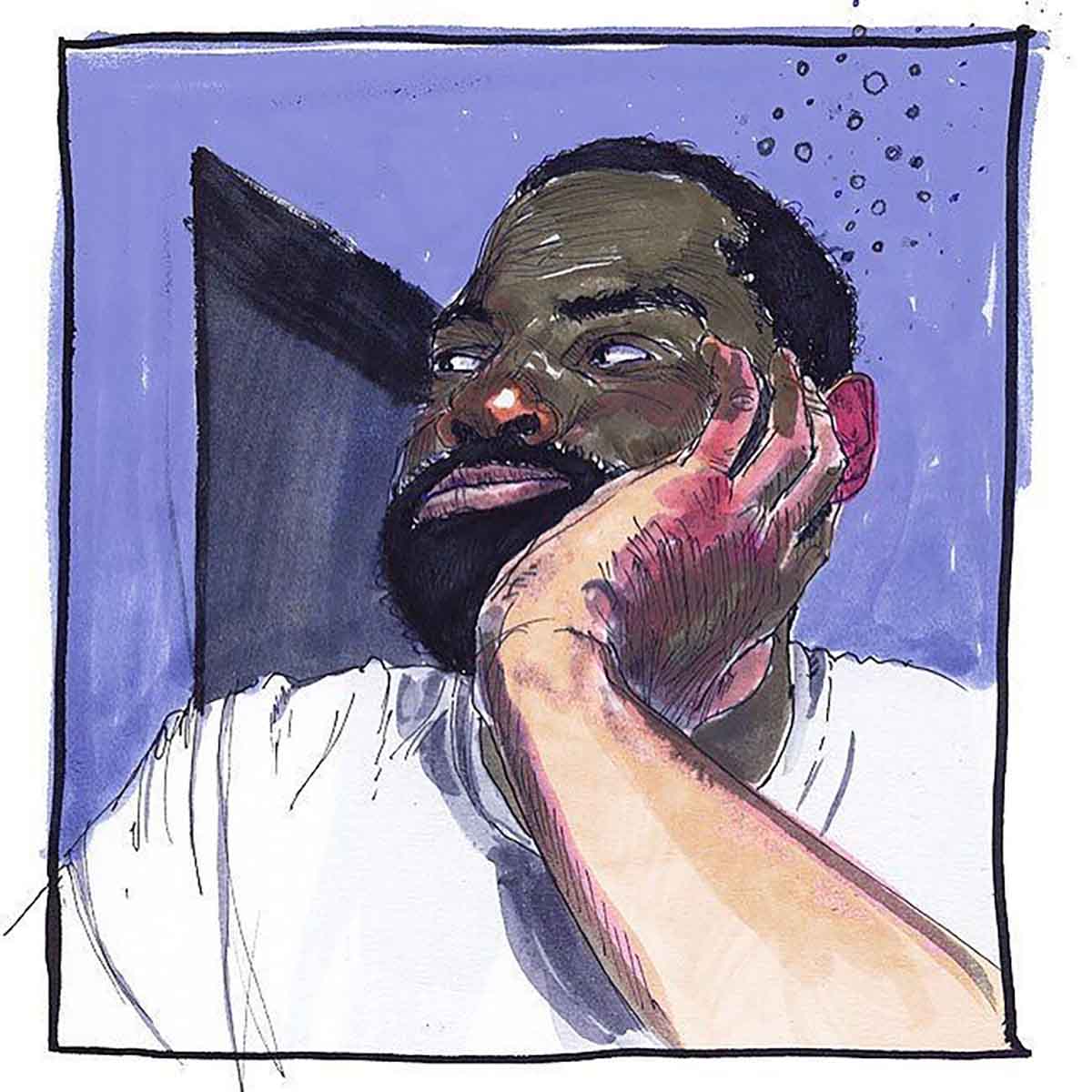 For years now, I’ve felt that I’m on the verge of something… like I could start fully living and enjoying my life if that something clicked into place.

Back in 2000—when I was 20 years old—I joined Weight Watchers with my mom. We’d never been close, and I agreed to go with her in hopes that we would bond. I figured it would give us a reason to get together once a week, and if I lost a few pounds in the process, it would be an added bonus.

Looking back, I see how innocent and truly naive I was. When Mom and I returned for our second weigh-in the next week, I had lost 4.5lbs. I thought, “That was easy! Weight Watchers gives me something to focus on. Might as well keep coming.”

I did keep going…

I attended weekly Monday night meetings religiously for 9 months. My mom had quit the program about a month into my weight loss journey, but by that time I was hooked.

Weight Watchers fed into my perfectionist tendencies by insisting it was acceptable—and celebrated—to write down everything I ate. “BLTs” (bites, licks, and tastes) became little reminders that I had no willpower, and every morsel must be recorded to keep me accountable.

Nothing tastes as good as thin feels

That became my mantra. And it stuck with me for years as I plummeted into a full-blown eating disorder.

After losing a considerable amount of weight, I was asked to become a Weight Watchers leader. Get paid to maintain my new, tiny figure? Count me in! I signed-on right away.

I was a fairly successful leader, leading traditional and at-work meetings. My loyal members, like me, would determine their success based on the number on the scale. We all weighed-in faithfully, and before we even had a chance to celebrate our victories or bandage our wounded post weigh-in egos, we would already be making a plan for the number to go down at our next meeting.

At my goal, I was given so few points that I was always starving. At one point, I had dropped below my goal weight by a fairly considerable amount.

I thought I’d always have to live hungry to have a chance at being happy. Back then, I believed being thin was the only chance I had at happiness.

The program teaches its members to look ahead and never to be in the present moment.

Not long after I became a Weight Watchers leader, I was offered a job at the corporate office about an hour from my home. I took the job – proud to be moving up the ladder.

Within a couple of months, I had started to gain weight, and my supervisors took notice. My husband and I had started trying for a baby. We were having issues with infertility, and maintaining my thinness was the least of my concerns.

One day, one of my bosses pulled me into the conference room. She asked me what was going on with my weight and told me that—as leaders—we have standards to uphold. In other words, I would not be considered worthy of leading meetings and working for Weight Watchers if I wasn’t thin enough.

The program teaches us that we are “less than” if we weigh more than what is considered acceptable by Weight Watchers (or a doctor’s) guidelines.

Soon after my supervisor called me out on my (small) weight gain, I was asked to lead a meeting near my workplace. Exhausted from a long day at the office and an unexpected meeting, I stopped at Walgreens for a snack on my way home and felt myself being drawn to the candy aisle.

I went into a daze then. I wanted to numb my feelings and forget about my boss’s hurtful comments. Plus, I was tired of constantly feeling hungry. I settled on a family-size bag of Snickers balls and ate the entire package on my hour-long commute home.

The program teaches members to rely on external means (points) rather than internal cues. It teaches us not to trust ourselves.

I felt disgusting and zoned-out, but mostly I felt like a hypocrite. I had just lectured a room full of women on how to “eat right,” telling them, “If you bite it, you write it,” but there I sat bloated and confused as to why I had just eaten thousands of sugary calories.

My disordered eating took root quickly after that first binge. In hindsight, I see that it actually started the moment I began counting points.

I began a cycle of counting and tracking points, bingeing, hating myself, restricting my food intake, exercising compulsively, feeling hopeful, and then spiraling downward again.

Only after I had my twins in 2004 did I seek help for my disordered eating. At the time, Binge Eating Disorder wasn’t a medical diagnosis, but I saw a therapist at a center that specialized in treatment for eating disorders.

Throughout this entire process, I felt like I was on the verge of something “bigger.” With two colicky infants and a policeman husband, I put myself on the back burner and continued to cope by stuffing myself with food or depriving myself of it. All the while, I was certain that one day I’d come out the other side.

Although I had continued to lead meetings throughout my pregnancy, I stopped after I had the babies. I just couldn’t get back down to my weight goal and I was tired of fighting the system. I felt like a complete failure, despite giving birth to two beautiful, healthy children. My doctor told me the likelihood of my husband and I having more kids was slim due to my fertility problems. I learned I have PCOS (polycistic ovary syndrome), which was playing into my weight gain and fertility issues.

Imagine my surprise when I found out we were expecting a third baby! I was terrified, as I had suffered with debilitating post-partum depression with the twins, and I knew I couldn’t go through that again. I was sick throughout the pregnancy and didn’t gain much weight. But after my youngest son was born on the twins’ second birthday, I began to cope with the realities of having three babies at home and a shift-working cop husband. It was a tough few years.

After that, I was in and out of therapy for my binge-eating. I was never really open about it with my husband. He had enough on his mind, and honestly he just didn’t “get” it when I tried to explain my frustrations to him. I tried multiple times to go back on the Weight Watchers program. I dreamed of leading meetings again and reuniting with my cute, little figure.

I did manage to lose some weight a few times over the years. My husband and I divorced in 2009, and I took a hiatus from coping with food. Instead, I found some sense of control in starving myself and drinking wine. But when I began dating my now-husband, I started to eat— and binge—again.

A couple of years ago, I started seeing a new therapist.

I was bingeing almost daily and was utterly miserable.

If I wasn’t counting points or calories, I chastised myself for my lack of willpower. When I was “on the wagon,” I felt deprived and waited for the next binge episode to come.

To make a long story short, that “something” finally clicked earlier this year. After reading a compelling book by Geneen Roth and writing in my journal, I put my cycle together. I realized it had impacted every area of my life. I had grown up in an abusive household where my life played out in cycles. My eating habits were synonymous with how I lived my life.

Although my eating disorder most-likely would have taken root without my Weight Watchers experience, it’s important to note that it significantly impacted how the disorder emerged.

I grew up believing I wasn’t enough and Weight Watchers reiterated that.

What was I on the verge of all those years? Perfection. I was reaching for something that doesn’t exist.

After my epiphany earlier this year, I began intensive treatment for my Binge Eating Disorder, and things began clicking into place. I had been squeezing into clothes that didn’t fit me, just waiting on my will-power to kick in again so I could rock all of the beautiful outfits in my closet. One of the very first things my eating disorder dietitian told me was to go out and buy new bras and underwear that fit and to stop punishing myself every day by staring at those “goal clothes” in my closet.

My recovery journey has been incredibly messy and at times completely heartbreaking. I’ve stopped bingeing mostly, but the lasting effects of my eating disorder are a constant in my everyday life.

I struggle with body image and feeling like I’m “less than” because I’m living in a bigger body. I write about celebrities for a living, so I’m constantly reminded that my body is far from “ideal.”

One thing I do know is that I can no longer attempt to control my weight.

Looking back, I realize that I never had control of it at all. My body was always in control. My dietitian taught me intuitive eating, and I’ve learned that no foods are good or bad.

I hear accepting my body as-is will take much longer than it took me to stop bingeing. I’m okay with that, because I work on my recovery every single day. There are many facets of the recovery process. That’s why I used to get so frustrated when I would Google, “How to stop binge-eating,” and nothing helpful would show up.

Every journey is different, and that makes this process so messy. It’s like a labyrinth, but I’m finally seeing light at the end of the maze.

People used to tell me that Weight Watchers isn’t a diet but it is. I back that statement by explaining that the program encourages its members to focus on external goals and cues rather than trusting and honoring their bodies. Any program that focuses on weight control or has rules is, indeed, a diet.

People don’t fail; the diets they keep going back to fail them. We are not at fault.