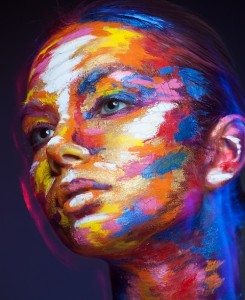 A friend recently sent me a copy of Richard Wiseman’s Rip it Up. Wiseman wrote his book with the perspective that the self help book publishing industry is doing its customers a disservice. In general, most authors of those books suggest that the answer to happiness lies in changing thought patterns. And that once we’ve adopted a new way of thinking, our behaviors will follow suit. Voila- a new happier/healthier/more successful life will be ours.

However, as we well know, it is very difficult to change one’s thoughts. If we refuse to change our behaviors until our thoughts appear to be ‘right’ for this to happen, we could be waiting a while.

The idea that change can only happen ‘when I am happy’ or ‘when it feels easier’ will leave us stuck, as all of these emotions are fluid and changing.

At no point in life will these positive thoughts and feelings be a permanent state. But this does not mean we can never change.

Change when it comes to eating disorders

The difficulty is particularly acute when it comes to eating disorders.

When the brain is starved it simply doesn’t have the energy for rational thought.

Medical wisdom stresses that restoring physical health is the first priority in treatment. Being it a prerequisite for proper brain function. As such changing your thought patterns requires behaviors to be changed first.

The As If Principle

Rip it Up follows the principle expounded by the ‘Father of Psychology,’ William James, in the late 19th Century: ‘If you want a quality, act as if you already have it.’ This is known as the ‘as if’ principle. Countless experiments have shown that by behaving in certain ways, they will become natural. Wiseman claims the principle is radical. But really it is quite simple. Smile and you do feel happier. Clench your fists and you will feel angry.

Often we are asked to imagine what life will be like without an eating disorder. The things we will do and the ways in which we will behave. The problem is that this seems an abstract and future state, whilst we remain in the current disordered behaviors.

How about starting to behave in the non eating disordered ways?

If you don’t want to live like you have an eating disorder, start living the life you want to live.

It’s not a case of denial, or of suggesting that recovery is easy. It’s about making behavioral changes that positively influence your mood and thoughts. This perspective lies at the core of Cognitive Behavioral Therapy. Which focuses on examining the relationship between thoughts and behaviors. Understanding those can be used to modify thought patterns and learn effective coping behaviors.

When faced with a situation that until now would have caused you to respond in an eating disordered way, choose to behave in a healthy way. What choices would you make? What actions would you take? The first time, even the first five times, will feel hard, But after a while it will become more natural. All habits are hard to break. But they can only be broken by making the conscious effort to challenge them.

Ask yourself – if I didn’t have an eating disorder what would I do? And do it.

Live as if you are recovered, and make the steps towards it.

What would you do if you didn’t have an eating disorder?