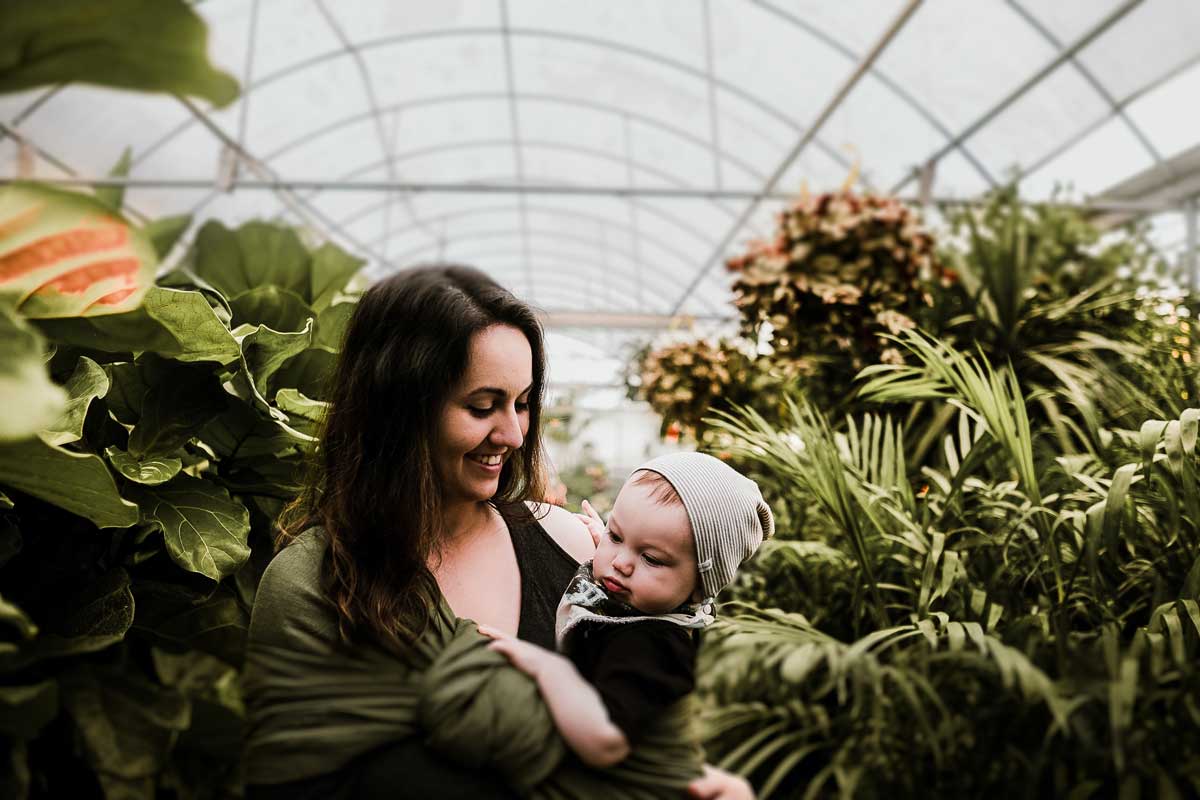 From the time I was a little girl, I dreamed about becoming a mom. Always drawn to babies and children, I was babysitting regularly by the age of 12. I imagined having my own daughter someday and even had her name picked out. Sadly, as I entered my teens, I began fearing my dream of being a mom would never come true. As an insecure adolescent in my junior year of high school, I was diagnosed with something called Polycysitc Ovarian Syndrome (PCOS). Thankfully, Google was not around at that time.

Because I’m sure I would have immediately read the statistics that PCOS affects 8-10% of women and that “the infertility rate for women with PCOS is very high.”

In addition to being diagnosed with PCOS, I was already felt like I was different. I seemed like the only teenager who did not have a boyfriend. Plus I was a bit awkward and shy and rarely even talked to boys. And, while my friends complained about their periods each month, mine came only once in the span of two years.

A diagnosis of PCOS

At the time I was diagnosed, I only knew what the doctor and my mom told me. After the doctor said I may have difficulty conceiving, my mom cheerfully told me she also was diagnosed with PCOS as a teenager. Although it required surgeries and fertility drugs, she was able to have three children.

But unfortunately, her attempts to offer hope didn’t erase my fears and feelings of inadequacy.

I was also told I had a “hormone imbalance” that required correction with medication. Within a few months of taking prescription hormones, my body changed dramatically.

Looking back I realize the medication simply triggered puberty and that I was actually developing normally for a teenage girl.

I wish I had known that during puberty girls bodies are supposed to change size and increase body fat. And that in fact, these changes make it possible  for women to become and stay pregnant.

However, as my body changed before my eyes, I panicked. And then I began my first attempt at losing weight. Within a few months, I developed disordered behaviors around food. Within a few years, I had sunk into a full blown eating disorder.

From bad to worse

As my eating disorder progressed I became more and more isolated, unhappy, and afraid. My periods completely stopped, which reinforced my fear that I would never have children.

I can see the irony of the situation looking back. I was afraid of my body changing and did everything I could to prevent it from becoming large and “soft”.  And yet I dreamed of having my own children some day.

For years and years I abused and denied my body it’s fundamental needs. I rationalized my choices by thinking no one would ever really want to marry me, so I didn’t need to worry about being able to have a child anyway.

In my early 20’s I went to another gynecologist who again confirmed my diagnosis of PCOS and added a new complication. She said my uterus was “heart shaped” and that this could also impede my ability to get and stay pregnant.

Once again I was told I would not know my chances until I tried to conceive. For someone who has always struggled with anxiety this only added fuel to the fire of worrying. I lived with an underlying sense of dread and doom that even if I somehow was able to find someone who wanted to marry me, I may not be able to ever give them children.

When I fell in love and married in my mid twenties, I found the courage to seek treatment and heal from my eating disorder.  I entered what I now consider the “middle” place of recovery.

I was no longer engaging in bulimic symptoms and restored my weight. However, I still lived in a world of restriction and worked consciously to keep myself within what I believed was a “healthy” weight range.

With a partner who vowed to support me always, I felt scared and excited to finally face my dream of having children.  However, I quickly got another life-lesson.

Instead of planning to start a family, I suddenly found myself in the middle of a divorce. As I approached 30, I was divorced, alone, and struggling once again with a full blown eating disorder.

The chances of having children seemed to be fading farther and farther away. At the time it was easy to sink into the eating disorder and detach from my body.

But again, life surprised me, and this time it was in a good way.

I fell in love with an amazing man who also wanted a family.

We agreed if I was not able to give birth, we would adopt. As soon as we got married I went to my OB and asked about having children. But if I ended this article by saying the road to becoming a mother from this point on was easy, I would be lying. The first thing my doctor said to me sternly was, “If you want to have children, you are going to have to gain weight. I needed that honesty to dive into recovery.  But even when I stopped using symptoms, it was not an easy path to starting a family.

It took medication, trips to a fertility doctor, and two miscarriages before my husband and I had our complete family. But it happened.

They are the reason I entered treatment for the third time, and the reasons I fought for FULL, real, and lasting recovery.

They deserve a healthy and present mother and I deserve to be that for them.

Hope despite PCOS and Eating Disorders

My three little boys, and the two babies that I lost have taught me so much already in their short little lives. But the most important lesson of all they have taught me is to have hope.

In the depths of the darkest nights it is hard to remember that the morning will come.

When we are at our lowest sometimes it feels impossibly hard to see our way out. There are times when it almost feels easier to give up on a dream than it does to fight for it to come to fruition.

But just as life is filled with unknowns, bumps in the road, and hurdles that threaten to knock us down, it is also sprinkled with blessings, magic, and gifts in all forms and shapes.

To the 17 year old me diagnosed with PCOS:

Sometimes I imagine I could go back to that shy, awkward, nervous teenager who feared she would never become a mom.

I wish I could sit next to her, and allow her to cry and share her fears. As I sit next to her I could listen to her pain. And then I would place my hand on hers and look through her eyes deep into her soul and tell her to try with all of her heart to continue to have hope.

Because although there is so much in our lives we can’t control, and we ALL will experience bumps in the road we never expect, we also have no way of knowing exactly how our dreams and hopes WILL be realized.

We do have a choice to hold on to that hope, by fueling it with intention, belief, and trust.

So whatever your hopes and dreams are, warriors – please hold on to them. Focus on them. Share them. Give voice to them. Don’t keep them to yourselves.  And above all – TRUST in them.

To read more from Lisette and learn about opportunities to work with her in private coaching please visit her website here, or follow her on instagram here.