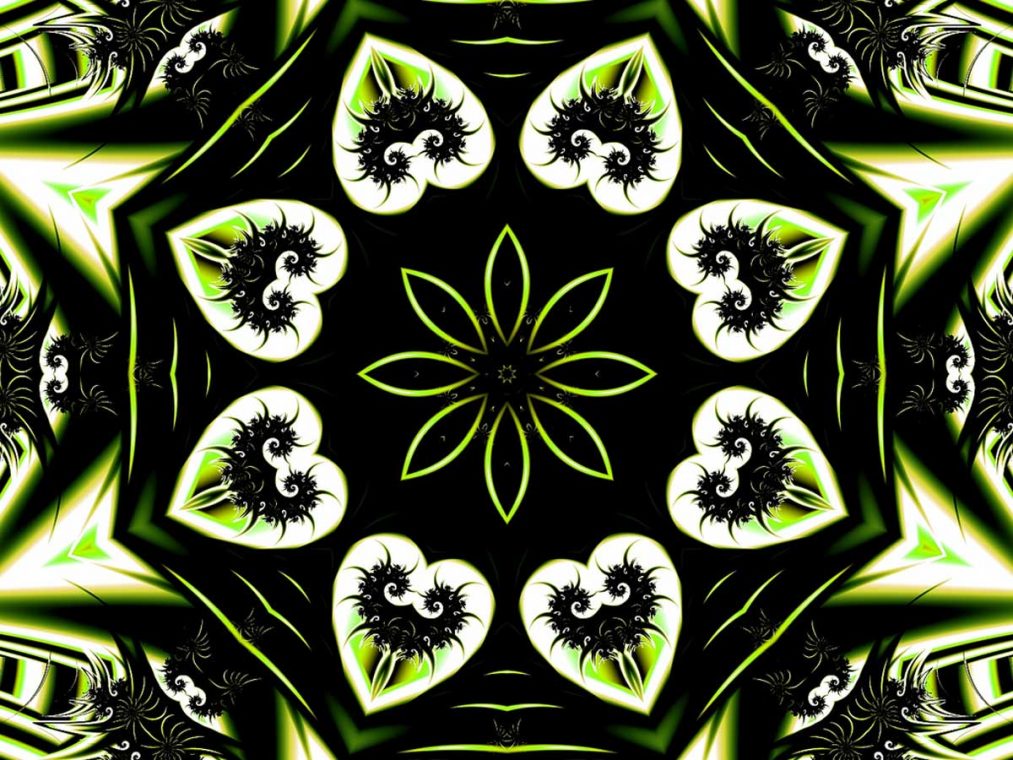 In yoga, meditation and Ayurveda vital energy is known as Prana. This life force keeps us vibrant, healthy, and alive. The word Chakra refers to swirling prana that create disks of energy throughout the body. These wheels of energy correspond to massive nerve centers and major organs in the body. There are seven main chakras, which align the spine, starting from the base of the spine through to the crown of the head. Each of the seven main chakras correspond to our psychological, emotional, and spiritual states and has its own vibrational frequency that is depicted by a specific color. Blocked energy in our chakras can often lead to illness, so it’s important to understand what each chakra represents and what we can do to keep this energy flowing freely.

Below is an image of where the chakras are located in the body, their corresponding color and what they represent. The first, or root chakra, is red and relates to basic survival and trust. The second, or sacral chakra, is orange and is the center of sexuality and creativity. The third is the solar plexus chakra which is yellow and is the chakra of power. The fourth is the heart chakra and its corresponding color is green. The heart chakra is the seat of love and healing. The fifth, or throat chakra deals with communication and is turquoise or light blue. The third-eye chakra is the sixth chakra, which is the center of awareness and represented by the color indigo or deep blue. The last or seventh chakra is called the crown chakra and is violet or purple. This is where we connect to spirituality. 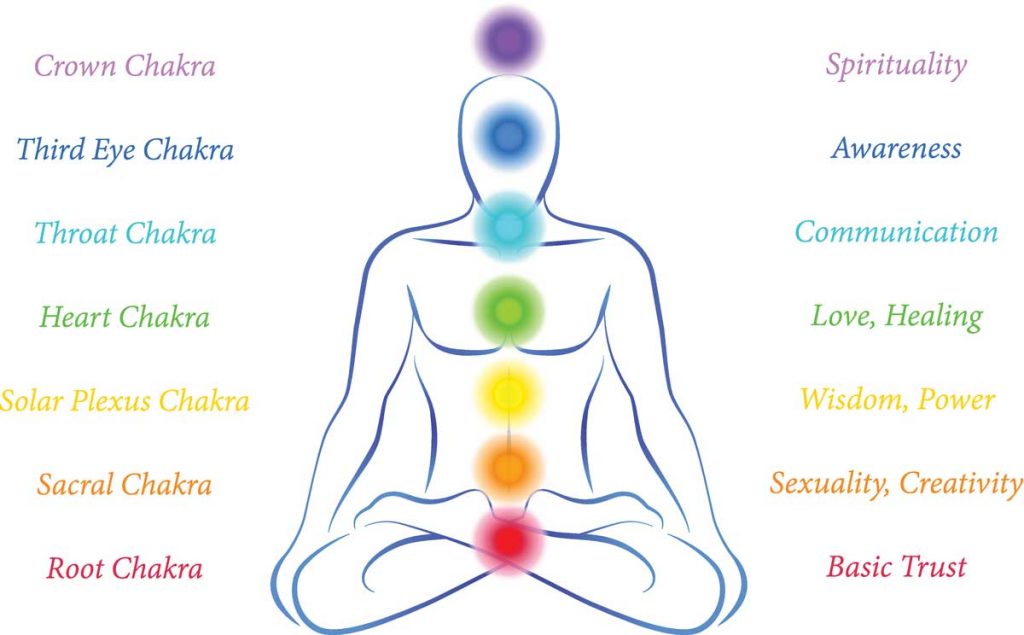 In the depths of an eating disorder it is safe to say prana is weak and chakras are out of balance. At the root level the foundations of safety are shaken by eating disorder thoughts that one is not enough or that there is not enough. This chakra controls your fight or flight instinct. When basic needs are disregarded, such as those in an eating disorder, the first chakra is unbalanced. Recovery offers an opportunity to heal this chakra by learning how to trust and feel safe in one’s body and mange their basic survival needs. Grounding exercises such as standing firm on your feet and imagining roots moving into the Earth can be very helpful to open up this chakra. Mantras such as ‘I am safe’, ‘I trust my body’ and ‘I am here’ are words you can say to yourself or out loud to create more balance in the root chakra.

At the Sacral juncture, second chakra energy can be in disarray by the spectrum of eating disorder symptoms. In restrictive disorders sexual energy and creativity can be dulled; binge behaviors can numb desires and certain eating disorders can promote an impulsivity or compulsivity in sexual behaviors. Finding ways to derive sensual pleasure such as taking a bath or creative projects as painting can cleanse the second chakra. Affirmations such as ‘Pleasure is a sacred part of my life’ or ‘I embrace my sensuality and sexuality’ can promote sacral chakra healing.

The solar plexus is the seat of the third chakra and is associated with personal power. The identity of the eating disorder can steal vital power from individuals leaving them powerless to the thoughts and behaviors of the eating disorder. One of the best ways to work on balancing this chakra in recovery is by fostering a positive body image. Feeling confident in your body, in your abilities and in yourself can strengthen this chakra and bring it into its potential. Below is a simple meditation I teach to my yoga therapy clients to strengthen their solar plexus chakra.

Concentrating on your solar plexus, imagine a yellow ball of energy swirling around. Repeat to yourself: ‘I am strong and powerful’, ‘I am courageous’ , ‘I direct my own life’. See this golden orb growing as you repeat these mantras. Let the color yellow fill your whole being. Feel your power in your solar plexus radiate to all parts of you. BAM…chakra cleared!

In the center of your body is the fourth or heart chakra. Aggressive acts of the eating disorder can dim the light of this healing center. Self care and compassion are the primary tools to unblock the heart chakra. Here is an imagery meditation that heals the heart chakra:

Imagine that with each breath you take, your inhale can reach your heart chakra and bring it love, gratitude and forgiveness. With each exhale, imagine releasing all that is no longer serving you in your recovery: self-loathing, self-judgement and grief.

The fifth chakra, located in the throat envelopes all communication. It is about letting your voice be heard and speaking your truth. Eating disorders can diminish one’s true voice stifling it to the world. Acting in favor of recovery is the most potent way to work on balancing this chakra. Choosing behaviors that align with your recovery or choosing against those ED symptoms strengthens your throat chakra. Some ways to unblock this chakra include saying what you believe is true, singing out loud and acting on your right to say ‘NO’. There is no better mantra to say than what is true for you.

The third eye holds our ability to see clearly and to access our inner wisdom. Eating disorder thoughts cloud this chakra, making it very difficult to see what is real. Distortions are abound when the eating disorder is in control. Finding moments of silence and meditation help this chakra clear up. Sitting quietly can slow down frantic thoughts and allow for self-guidance. ‘I am wise, intuitive, and connected with my inner guide’ is a wonderful affirmation you can say to yourself as you apply gentle pressure with your fingertips to your third eye.

At the crown is the seventh chakra, the connection to self, others, and that force which is larger than ourselves. Eating disorders disconnect individuals from themselves and others. When the eating disorder is in control it is nearly impossible to feel connected to anything including that which is Divine. In a sense, recovery is the truest form of action that can be done to open up the crown chakra. Recovery is a means to connect to oneself, others and that which is Divine. In those moments of recovery that change and transform an individual there is healing in the seventh chakra. To propel your recovery forward and heal this chakra use these affirmations:

‘I invite sacred transformation into my being’
‘Life is unfolding for my highest good’
‘I am forever growing, evolving and expanding’

Recovering from an eating disorder includes manifesting your potential Self. Balancing your chakras is a way to support your recovery efforts. Put your energetic wheels into motion…literally!