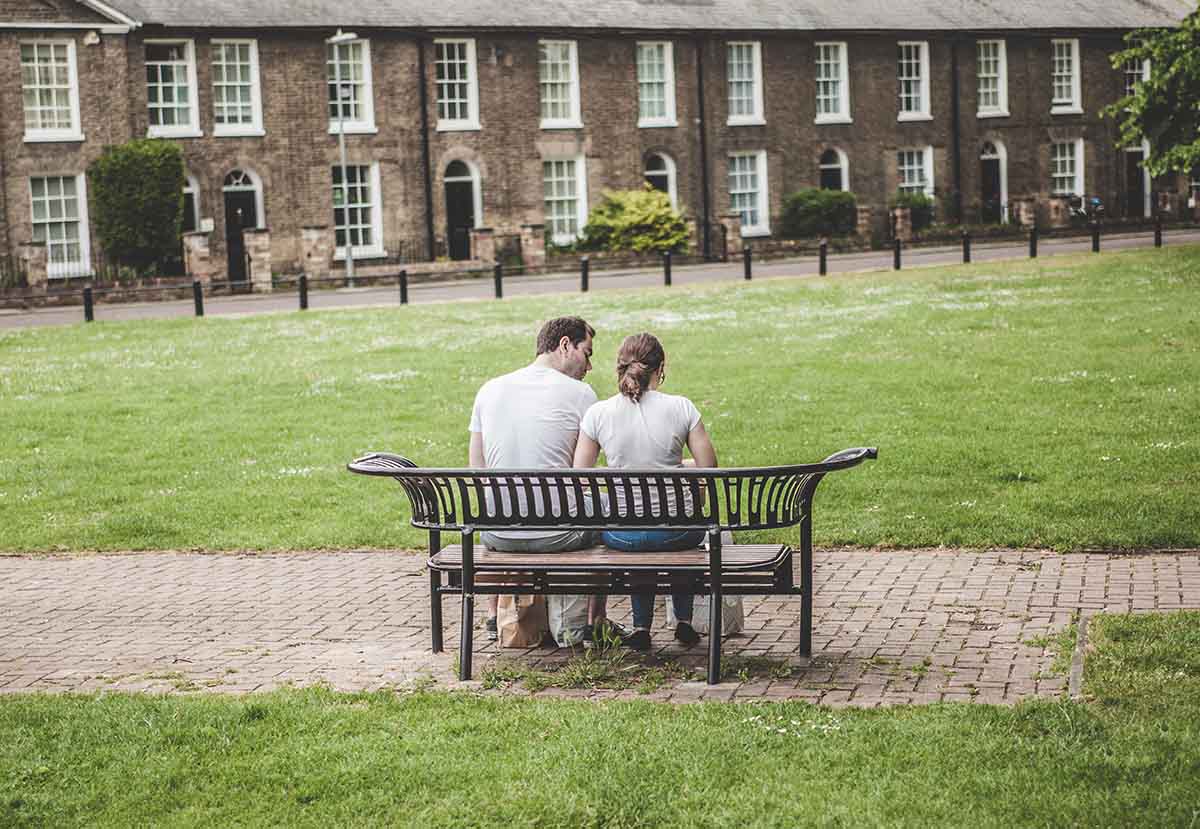 Do you ever feel like you’re the sickest person you know, and not in a good way? Like, if you told anyone every gritty detail of what you do when you’re alone, they would run away?

Because everyone in your life has left, right? You really are all by yourself. And no one could ever really get what you’re going through.

The power of two

All of a sudden, neither of us were alone. And for the first time, I shared the entirety of what I did when I got home in high school and college with someone. I told her every single disgusting, repulsive detail of the ten years I battled my inner demons. And you know what? She didn’t run.

Now, I acknowledge that part of the reason she stuck around was the fact that her own problems were just as troubling as mine. But she didn’t look at me like I was a psycho. And after she told me everything, I didn’t think of her in a bad way.

In fact, I admired her for being so brave as to admit her weaknesses.

I’m not advising you to go grab just anyone out there and spit out your sob story. But I am suggesting that there may be someone around you who would understand if you did.

I never thought anyone would still want to be my friend after they heard everything I’ve done to my body in the past. Sharing everything took a leap of faith. Yet it felt so good to tell someone my deepest, darkest secret.

Because admitting I have an eating disorder is one thing. I’ve actually grown to be more open about that.

But telling someone the scope of your eating disorder- exactly what you did and how you did it, or what was going through your head – that’s different. That’s what sets you apart. That’s personal.

Eating disorders are glorified by the media.  People think girls who starve themselves are extremely disciplined. According to the reality shows, that somehow makes them better than everybody else. Prettier too. Because as everyone knows skin and bones is the new Marilyn Monroe.

So, telling someone you have or had anorexia can almost be a selling point for your popularity these days. But the general public has no idea what goes on behind the scenes. And that’s the catch.

Maybe your eating disorder is tame and beautiful in a way. It’s your control, and it makes you happy as you take it for a walk on the leash you created for it.

But maybe your attempt to control what you put in and through out of your body has created a whole lot of chaos in your world. Maybe you feel like you can’t stop binging and purging. Or maybe you wear Pura Vida bracelets all the way up your arm so no one has to see how much you hate yourself when you’re alone.

There’s nothing heroic about gulping down ten pairs of pop tarts while watching Netflix, only to cough them up and replace them with an entire pizza.

You just don’t tell people that kind of stuff. They can’t handle it. How can they possibly understand why you would do that?

Seeing beauty in others

When recovering from bulimia, I thought people with anorexia couldn’t relate to me. Because bulimia is tangibly gross via the expulsion of food. And the smell that accompanies it. While anorexia is a “neat disease”. No mess involved. It only becomes sickly once it eats enough of the victim’s body away that a skeleton is visible.

But, the girl I talked to the other day who had suffered from anorexia had a stomach-churning story as well. Yes, in a different way, but the important thing was both of us were in hate with our appearance, and both of us thought we deserved to be cut up and malnourished.

Yet, when we looked at each other for the first time after sharing everything, it was like looking into ourselves. And we saw beauty.

That girl I met is gorgeous. She doesn’t see herself that way, in fact she told me she avoids looking in the mirror because she doesn’t want to see her ugly face. But she truly is lovely.

Her compassion, listening ear, and love for people shine through her pearly black eyes. And it’s really sad for me to see how she treats herself. I know she deserves to be called beautiful. She deserves to eat healthy meals. She deserves to have friends that stay.

Yet when I turn around and look at myself, I say the same things she does about herself to me. And then she tells me that I’m beautiful and I deserve to be loved. Why don’t I believe her? I tell her the same things, and I honestly mean them.

Who’s to say she doesn’t mean them about me too?

Making a friend with someone who’s been through the things you have is essential to recovery. Because when you realize you’d forgive them for every gritty thing they’ve done, you’re much more likely to reevaluate your own status with yourself.

Maybe you’re worth being forgiven too. And maybe you really are beautiful like everyone always tells you. Maybe they’re not just saying that to be nice.

Maybe you’re worthy of having friends and keeping them. It might just be possible that they will accept you for even the most abhorrent eating disorder habit you have had. Just try it.

Written By
Rachel Hicks
More from Rachel Hicks
t’s always awkward when you have the “past relationships” talk with your...
Read More