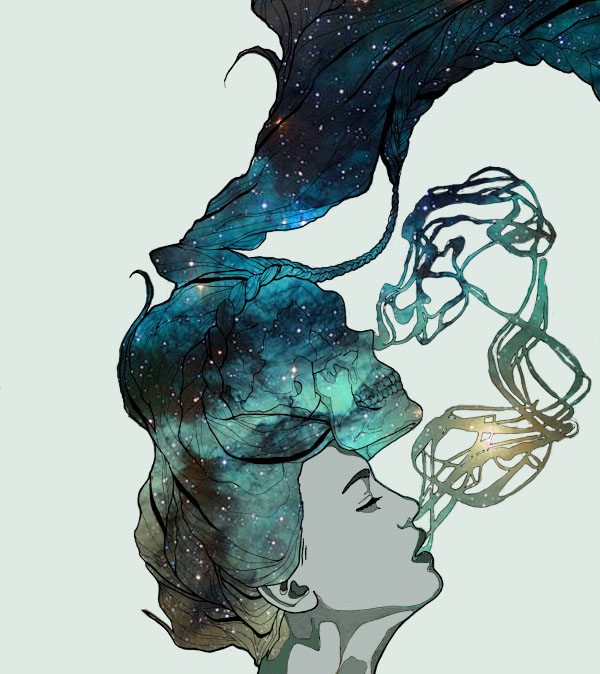 Y
ou’ve tried everything and nothing seems to work. Quitting smoking is harder than kicking a heroin habit,studies suggest. With one puff, nicotine latches onto receptors in the brain and dopamine is released. We like dopamine. Its makes us feel pleasure.

Any smoker will tell you there’s nothing like that first drag of the day. The buzz is too good. It’s so good that when you stop smoking you aren’t getting as much dopamine as you’ve grown accustomed to, which is why it’s so difficult to quit.

But let’s say you’ve tried a handful of traditional smoking cessation methods – the gum, the patch, prescription drugs – and nothing has worked. Why not think outside the box (or carton), and give it another go. What works for one person doesn’t necessarily work for others and vice versa. Nicotine addiction is a tough deal. On average, it takes people at least 7 attempts before quitting for good.

There are probably a few things you haven’t tried – or even considered – yet. Here are a few ideas and conversation starters…if nothing else. If you really want to quit, keep trying.

Facebook and Twitter are used for everything else these days, why not leverage the platforms in your efforts to quit? A well-crafted Facebook post or tweet can sometimes be helpful in gaining support or even venting what you’re going through. It’s nice to know you’re not struggling alone and that your friends or followers care about you.

Better yet, use the support systems already available on social media in your effort to quit. A Canadian-based Facebook campaign called Break It Off has inspired many young smokers to break off their relationship with nicotine. To date, 192,249,037 cigarettes have been dumped by fed up users, and that number keeps going up.

A study released in summer 2015 by Nicotine & Tobacco Research shows that younger smokers involved in social media were twice as successful in their efforts to quit compared to those who tried using more traditional ways. The study compared the success of Break It Off to Smokers’ Helpline, a telephone hotline for young adults seeking help to quit. CDC Tobacco Free is another Facebook page you can follow to get tips and support or check out whyquit.com. Or why not start your own support group on Facebook?

Ok, so social media could just be another form of peer pressure. Old school peer pressure gets us into messes and sometimes it can get us out. For example, if you felt someone’s disgust over your bad habit, would it change your behavior? The word ‘disgust’ might be a little strong, but it also could be the emotional response you need to feel in order to quit smoking.

A friend of mine, who’d been an on-off smoker for about 30 years, quit for good after a subtle encounter with a business associate. My friend walked in the front doors of his associate’s business, immediately after smoking a cigarette. He brought in with him the strong, unmistakable odor of a freshly smoked cigarette. They shook hands and the other guy gave my friend a long look of disgust. The shame hung in the air. Sounds dramatic, but after that, my friend never smoked again.

Smoking isn’t as socially acceptable as it used to be. In our health-conscious world, watching people make a beeline around smokers who are standing around outside is a fairly common maneuver. I still remember when both my parents used to smoke in the car with all the windows rolled up while my sister and I sat in the back seat, coughing up our lungs. Those were the days.

Wearables are cool because you can quantify progress and get encouragement to keep going. There’s a wearable for every common health problem imaginable: sleep apnea, back pain, seizures….even ebola. Wearable tech has been around in the healthcare industry for years and it’s only getting better.

The good news for smokers is that there’s a new wearable device scheduled for release in 2017, called a SmartStop by Chrono Therapeutics, that is designed to help people quit. SmartStop is a programmable, transdermal nicotine replacement therapy.

“While nicotine gums and patches can be useful, says CEO of Chrono Alan Levy, Ph.D., “they do not address the cyclical nature of nicotine cravings and offer little to no behavioral support.”

The watch-like device holds replaceable nicotine cartridges to give the wearer varying levels of nicotine based on craving cycles throughout the day. The new device has Bluetooth and can connect to a smartphone app to give advice and incentives for those who are trying to quit smoking.

Other smoking cessation apps are available, as well. Kiwi Wearables has an app called Breathe.io that detects drags off a cigarette and calculates nicotine use to help users wane off their nicotine addiction. There is also an Android Wear App called Stop Smoking! for Wear, which tracks how many cigarettes one’s avoided, elapsed time without a cigarette, and how much money has been saved.

Seriously, I know someone who was able to successfully quit (after smoking since a teenager) because she took a lot of comfort in sipping on hot cocoa any time the urge to smoke hit. And believe it or not, there are health benefits in drinking cocoa as long as you don’t over do it. Flavonoids found in hot chocolate reduce the risk of heart disease by lowering blood pressure and improving blood vessels. Hot chocolate has antioxidants, too, which are released when the drink is heated. Antioxidants help our bodies fight free radicals that cause aging. Not even green tea contains as many antioxidants as hot chocolate. Sipping cocoa, like sipping green tea, is a calming and soothing ritual.

Nicotine is a stimulant and only aids in making you feel irritable, depressed and nervous as soon as withdrawal sets in. Kicking the cancerous habit isn’t easy, but the effects of quitting are obvious and numerous. Set yourself free of the smoking shackles. Roll down the windows. And breathe.