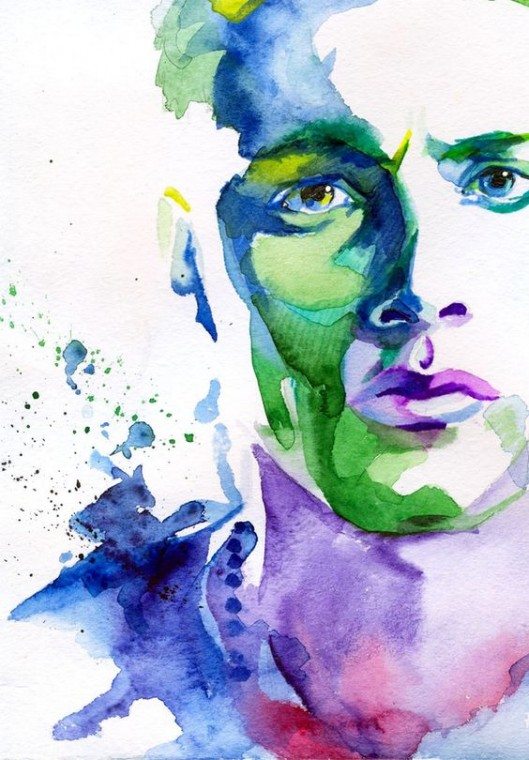 Eating disorders are no longer considered the domain of women and girls.

A handful of famous male celebrities have come forward to discuss their eating disorder problems. Actor Dennis Quaid spoke of his battle with “manorexia,” for which he sought treatment. Quaid said his problem began when he lost 40 pounds for the movie Wyatt Earp. Actor Billy Bob Thornton revealed he, too, has battled anorexia, at one point losing 59 pounds, and singer Elton John admitted he suffered from bulimia. Former male model Ron Saxen describes his ordeal with binge eating and abuse history in one of the few eating disorder books written from a male perspective, Good Eater: The True Story of One Man’s Struggle with Binge Eating Disorder.


And Brian Cuban, lawyer, TV host and brother of billionaire Mark Cuban, has also written about his experience with eating disorders in Shattered Image: My Triumph over Body Dysmorphic Disorder.

Women are no longer the only gender to receive intense pressure from our culture and media to be thin, youthful, and fashionable. Our culture places undue stress and anxiety on young men to be hyper-sexual, muscular, and athletic. Increasingly, the image of the ideal man is a powerful stud, Don Juan, ladies’ man, macho man, smooth operator, virile, or a jock. A review of recent men’s health magazines reflects (or provokes) current male anxieties with articles like, “15 Minutes to Get Ripped,” “Sex: Seduce Her with Style,” “Are You A Lousy Kisser?,” “Build an Immortal Body,” “Double Your Sexual Stamina.”

Even young boys are getting the macho body image message early. Action figures for young boys, such as G.I. Joe, have progressively increased their muscular, bulging physique, sending kids the message that the appearance of brute strength is key to being a guy and that the bigger, the better.

Men who are eager to “bulk up” and build their muscle strength have turned to steroids in record numbers. Use of anabolic steroids, synthetic forms of the hormone testosterone, is on the rise. (Ironically, side effects include female-like breast development and lowered testosterone levels as well as spikes of aggressive behavior referred to as ’roid rage.) Many men’s magazines and online Web sites provide an array of advertisements to purchase these muscle-building supplements, pituitary growth hormones, and black market steroids. “Steroidology” is the underground world of bodybuilders, who trade tips on fat-burning products and muscle enhancers with names as enticing as “Universal Animal Rage,” “Muscle Milk,” “Fountain of Youth,” “Anabolic Addiction Mass Addiction Amplified,” and “Horny Goat Weed.” Other sites and ads target male insecurities around hair loss and penis size (referred to as “the penis enlargement industry”).

Many factors may increase male vulnerability toward developing body dissatisfaction and eating disorders:

Some men may retreat from the pressure to be sexual by reverting to anorexia, bulimia, or binge eating disorder (or alcohol and drugs). Kenneth came to treatment for anorexia at age 22. Although many factors figured into his developing an eating disorder, he admitted to feeling shocked and inhibited beginning at age 14 when his father bragged about having slept with over 500 women. Fearful he could never compete with such an exalted number of lovers, Kenneth became depressed and retreated to the safety of social isolation and severe food restriction; he lost his appetite for food and for sex. His eating disorder kept him in a state of sexual “hibernation,” because starvation reduces a man’s testosterone level and sex drive.Kenneth’s therapy helped him recognize and work through the lifelong competition his father had thrust on him in many arenas. And we discussed how, when it came to sex, savoring the experience of making love could be much more enjoyable than obsessing about scratching another notch on the bedpost of how many women he had conquered! Kenneth began humming the Frank Sinatra song, “I Did It My Way” as a reminder that

Kenneth’s therapy helped him recognize and work through the lifelong competition his father had thrust on him in many arenas. And we discussed how, when it came to sex, savoring the experience of making love could be much more enjoyable than obsessing about scratching another notch on the bedpost of how many women he had conquered! Kenneth began humming the Frank Sinatra song, “I Did It My Way” as a reminder that his pleasure and experiences were what were truly meaningful.

The three steps for men to recover from eating disorders include: