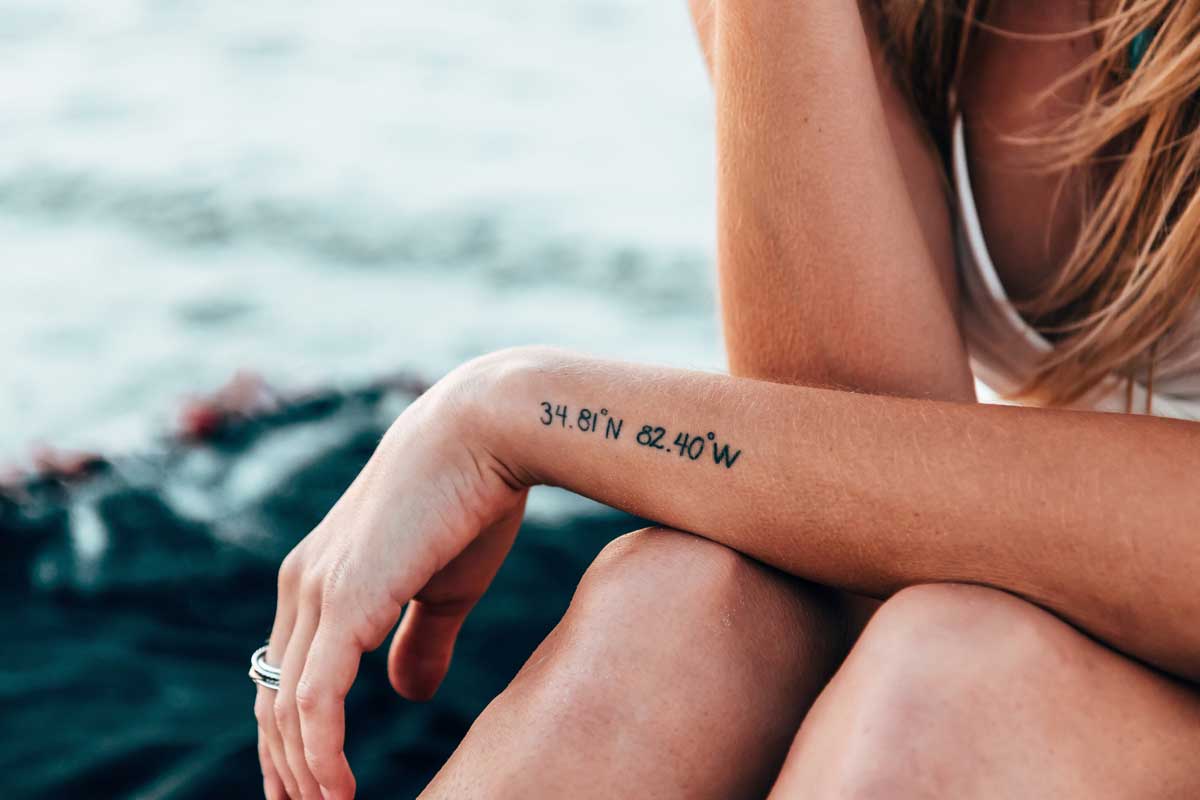 Ihave a tattoo on my left shoulder blade…

I know, I know. You’re thinking: “What a cliché tattoo for a runner.” rolls eyes

It’s actually a quote from a book. (The book is about running… but that’s not the point!) A book that was given to me by my coach. But I’m not writing this today to talk about a great book that I borrowed, it’s much more than that.

Throughout the years of running, training, and racing (the “miles of trials,” if you will) I have learned so many important things.

It wasn’t all on my own, though.

Whether I was battling disordered thoughts and urges, chasing down a racing goal, or seeing how far I could challenge myself in any way at all – I had a team. A coach. A family.

If there are any fellow runners out there, you’ll know exactly what I mean when I say you make lifelong companions and extremely strong bonds through running. I mean, it only takes 1 or 2 long runs with someone before you know their entire life story. (14 miles is a long time to talk about anything and everything!)

Running, racing, and training with a team by my side had a huge impact on my recovery. If I had a hard day, or if I was feeling discouraged, just one day at practice could make a world of a difference.

A team is just that… a team. I was never facing struggles alone.

Whether it be in my own warfare against an eating disorder, trying to catch the girl in front of me during a race, or chasing down PR’s, my team was with me every step, and every stride (literally).

Unfortunately, recovering from an eating disorder can make one feel extremely lonely. As awful as it sounds, after you carry an eating disorder around with you for so long, it becomes a part of you. You know, just like another thing that gets incorporated into your daily routine (I cringed while typing that – but it’s true.)

So, deciding to get rid of that part of your life can leave you feeling… empty at times. And just like a treatment team of counselors, doctors, family, etc. – a sports team can be helpful too (*as long as your treatment team is on board with this. Participating is sports,  or any form of exercise during recovery, isn’t right for everyone.)

Athletes put so much into what they do. Early mornings. Late nights. Crushing goals. Questioning, “Why in the world do I love this?” The highest of highs. The lowest of lows. Sports can put you on a roller coaster of emotions – but there is one thing that is constant , stable, reliable. Your team.

Counselors, family members, recovery teams, etc. are fantastic and essential tools, don’t get me wrong! But sometimes interacting with them during recovery can be a bit forced and uncomfortable at times.

However, when I showed up at practice, when I toed the line, when I shouted encouragement to my racing teammates, it was like second nature. I received encouragement, praise, friendship, and counseling in a whole different light.

I learned how to push my limits, how to run further and faster, and how to grow stronger with my teammates by my side. Without even knowing it – they were playing a vital role in my recovery.

They didn’t replace a treatment team, but my running team was a very helpful addition.

Here are three pieces of wisdom I want to share with all of you that I’ve gained through my “miles of trials”.

1. Be thoughtful kind to everyone you interact with

Your words may just be “words” to you, but they can mean so much more to someone else.

I can confidently say many of my teammates and my coaches at first had no idea I was struggling and how much they were affecting me. They may have thought they were just cheering me on in training, but they were actually cheering me on through recovery.

No, I’m not demanding you start a sport so you can successfully recover. In fact, that might be the opposite of what you need to do.

But I can NOT stress enough how essential it is to fight this battle along with people who care about you.

It won’t always be so hard. It will get so much easier, I promise.

However, there will be trials. Miles of them. (See, there was a point to me mentioning my tattoo.) But that’s what makes you strong. That’s what makes recovery worth it. When you pour every ounce of yourself into recovery you will feel unstoppable.

So, yes. To some people, it may seem like I have a cliche running tattoo. But that’s not even close to the story that lays behind it.

I’ve faced some of the darkest times and lowest of lows, but I also had a coach who saw potential in me and helped me see how tough I really am. I had teammates who encouraged me to stay strong when things got hard.

But I had more than a coach and team – I had a family with me during these miles of trials. If you surround yourself with support and encouragement, I can guarantee you’ll come out of this stronger than ever.

Learn how to conquer your eating disorder at the School of Recovery!
Click HERE to learn more??

Written By
Adriana Cook
More from Adriana Cook
Support In Recovery Is Key We all have role models: athletes, celebrities,...
Read More