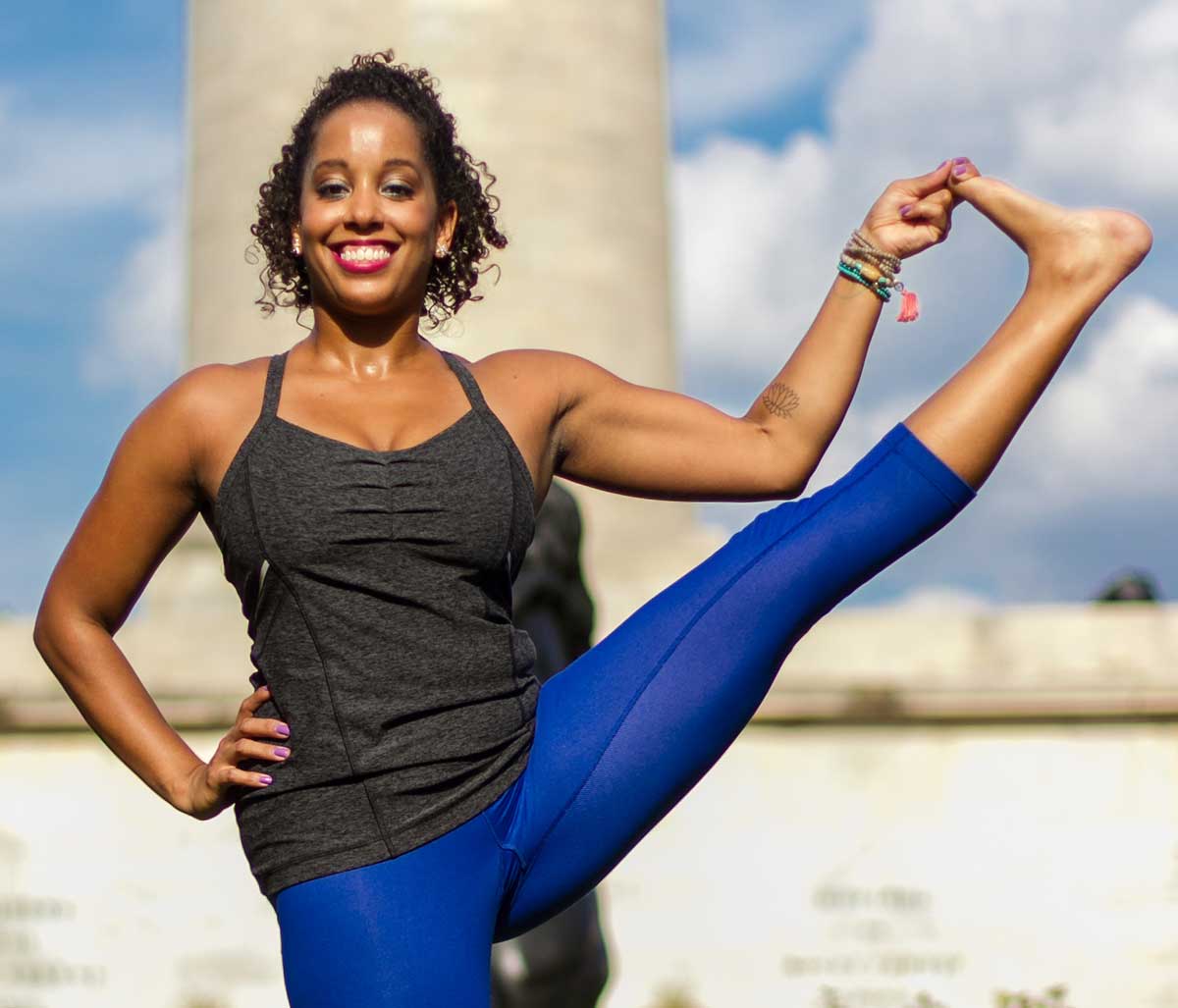 Yoga is something that I had on my radar for years, but never really tried until a friend invited me over a year ago.

From day one, I was hooked.

Peaceful was the word I chose to describe myself after my first class. At the time I was still hiding an eating disorder, which is far from peaceful. Peace was something I was striving to achieve, but my efforts were always falling short.

For months, I practiced yoga in a studio. I quickly gained confidence in the strength my body and mind were gaining. The mindfulness helped me find balance not only in the studio, but also in my emotionally taxing job and through the never-ending stresses of life.

But my eating disorder cast a dark shadow over my newfound love of yoga.

My ill, undernourished body was having trouble meeting the physical demands yoga calls for.

What do you want more?

At this point, I decided that yoga was too valuable for me to lose. I needed yoga to help me move towards peace. And I needed a strong body to keep doing yoga.

Not long after this realization, I began treatment for my disorder.

Admitting I had a problem was hard enough, but the really tough work was in treatment. As I worked on my eating disorder from the clinical lens, I also worked my recovery from the yoga lens.

Each time I was in a class I reminded myself how strong my mind was becoming as I worked to fight this insidious disorder. And as an added bonus asana practice helped me manage the physical discomfort and gastrointestinal symptoms that accompanied refeeding.

I felt gratitude for my body for the first time in years instead of hate for the way it looked.

I also started coming out of my shell a bit. Instead of staying off by myself in the corner, I began talking to the other students and getting to know the teachers. I began forming friendships that I had avoided for so long in an effort to conceal my eating disorder.

After missing class for weeks because of treatment, my yoga friends asked where I had been. Their concern about me was so genuine. That’s when I finally told them the truth about my eating disorder.

The support that followed there after was exactly the encouragement I needed to power through the difficult times of relapse.

Being truthful about my disorder even led me to be introduced to a yoga teacher who also found yoga in her eating disorder recovery. She has become such a beautiful mentor for me as I walk in the recovery process.

Yoga and the community surrounding it have been such an integral part of my recovery, I honestly don’t know if I could have done it without it!

Have you used yoga in your recovery? Let me know in the comments below!