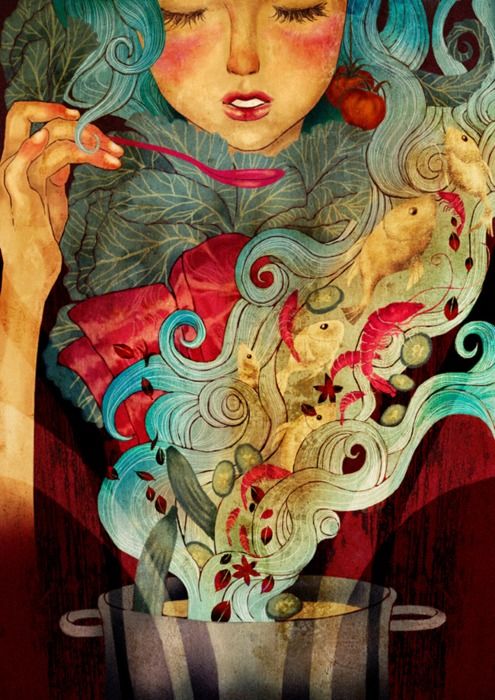 At her first therapy session, Charlotte was distressed, “I am so sick and tired of yo-yo dieting. I gain, I lose. I starve myself. Then I overeat. I just wish I could learn to eat normally. But I don’t even know what normal eating is! What does it even mean?”

Many people consider it “normal” behavior to anxiously monitor their weight every day, to worry about their amount of exercise, to obsess about whether to eat dessert. But is a lifetime of guilt about food and weight really normal? Is this how we want to live our lives? Is our physical appearance the only way we measure our success in the world?

First, let’s look at examples of what is NOT normal eating:

Here are examples of what normal eating could be:

So, what are the rules to normal eating? First of all, there is no one set of rules that applies to everyone. Developing normal eating is an individual process based on your appetite, weight, metabolism, lifestyle, and activity level. And what’s normal for you can even change day by day!

The key to normal eating is tuning in to what you want to eat when you are hungry for it and stopping eating when you are full. The key is to be flexible rather than rigid or judgmental.

For some people, even identifying if they are hungry can be a complicated process. Sara, a patient of mine, presented this unusual story, “I can never easily identify what I’m feeling, be it hunger or any other emotion for that matter. I realize where this comes from. The other day I was with my father and I told him I was cold. Dad said to me, ‘No. You’re not cold.’ Most people would say, ‘You’re really cold? Well, I’m not.’ But my father informed me what I was feeling as if he were inside of me and knew better than I did. I realized how often he has instructed me in the past what I was feeling. Dad would say, ‘You will want to join the basketball team in school.’ ‘You don’t really want to go out with that boy.’ He made me confused about what I truly want. No wonder I’m bulimic – I can’t figure if I want to keep the food or get rid of it, if I want it inside of me or out, if it’s my wish to eat or someone else’s wish, if a food is good or bad, if what I want is good or bad!”

Sara’s story illustrates the complex journey of developing a sense of self, of knowing and owning your own private feelings. This is the first step towards becoming a normal eater.

Normal eaters are able to separate their food from their feelings, their eating from their emotions.

They generally view food as food, not as a way to relieve stress, or a method to cope with unhappiness, or a means to soothe uncomfortable feelings. They enjoy food and don’t think of it as good versus bad.

Nobody becomes a normal eater overnight. But you can begin by making slow changes by following the above steps. If you accept that progress, not perfection, is your goal, you will alleviate the stress of your relationship with food and come to live in better harmony with your body and your eating.

Looking for support as you heal your relationship with eating? Make connections and lasting progress on your recovery inside the Courage Club. Join the waitlist now!